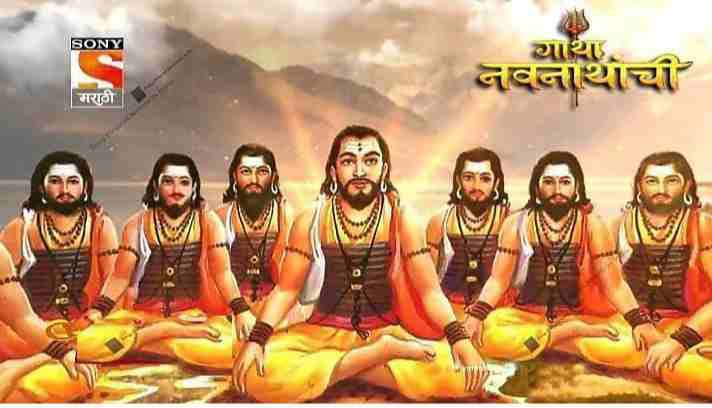 A new devotional show Gatha Navnathanchi based on Bahgvan Navnath is scheduled to be released in the month of June. This show will be telecast on the Sony Marathi channel. The teaser of this show was released a few weeks ago and it received huge appreciation from the audience.

However, the star casts of this show have not been revealed yet by the makers. The public is eagerly waiting to see who will be in the role of Bhagwan Navnath. For the first time, a show on Bhagwan Navnath is going to be released.

Here is a brief detail about Bhagwan Navnath:
Navnath Bhagwan is the nine saints, asters, or Naths who are worshipped in Maharashtra collectively as well as individually. Navnath sampradaya(Lineage) is based on these intensely worshipped nine saints.

Rishu Dattatreya, the incarnation of Hindu god Brahma, Vishnu, and Shiva, is believed to be their first guru. As per revelation and sources, this show will be based on Navnath Bhaktisar also known as Navnath Pothi where Births, lives, and deeds of Navnaths are described completely.

Now, It will be interesting to see how this show presents Bhagwan Navnath and entertains the audience

This is the full details on Gatha Navnathachi tv Serial (Sony Marathi) Cast, Release Dates, Repeat Telecast Timing, Story, Real Name & More. Share this post with your friends and keep visiting us on celebwale.com for such an entertaining post. If you have any thoughts, experiences, or suggestions regarding this post or our website. you can feel free to share your thought with us.