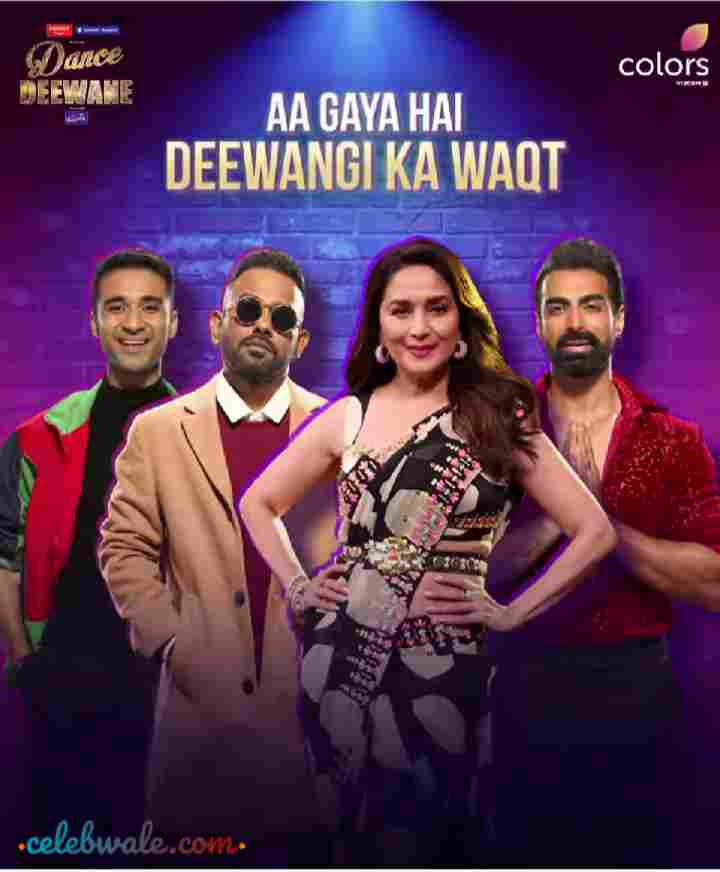 TV’s popular dance reality show Dance Deewane 3 is going to start with new faces soon. In the show, dance talent from all corners of the country is ready to show their Jauhar.

Colors tv has been released many promos of Dance Deewane 3, in which the spectacular dance of the contestants of the show can be seen. Its audition rounds are over and the show has selected a total of 16 contestants who came from different cities.

The show is being telecasted on Colors TV on February 27 at 9 pm. You can view it anytime on mobile through the Voot application. This dancing reality show has been produced under the banner of Dreams Volt Media.

The main judges of the show are Dharmesh Yelande, Madhuri Dixit, and Tushar Kalia while the show is being hosted by Raghav Juyal. This is the third season of Dance India which is being well-liked by the audience.

It is known that Dance Deewane 3 is going to start on 27 February at 9 pm. Madhuri Dixit, Dharmesh Yelande, and Tusshar Kalia will be seen as judges on the show, while Raghav Juyal will host the show.

Here is the top 15 contestant list of Dance Deewane 3

The promo of Dance Deewane 3 is given below please watch it.

This is the full details on Dance Deewane 3, Contestant List, Telecast Time, Judges, Host, Release Date, Repeat Time, Colors Tv, Episodes & More. Share this post with your friends and keep visiting us on celebwale.com for such an entertaining post. If you have any thoughts, experiences, or suggestions regarding this post or our website. you can feel free to share your thought with us.