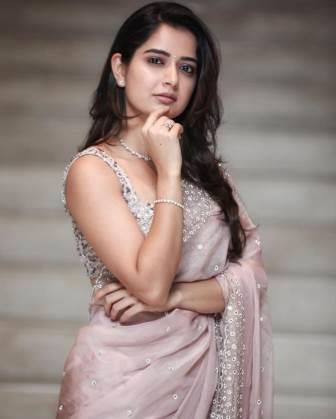 Ashika Ranganath is a South Indian film actress known for her work predominantly in Kannada language films. She was born on 5 August 1996 in Hassan, Karnataka. She completed her early studies at Bishoo Sargant School located in Tumkur. Later she shifted to Bangalore for her higher studies where she did her graduation from Jyoti Nivas College.

During her college studies, Aashika followed in the footsteps of her elder sister Anusha and chose the path of becoming an actress. During that time she auditioned in the Clean and Clear Fresh Face Bangalore contest where she got selected to participate in the competition. In the contest, she emerged as the first runner-up of Miss Fresh Face 2014, beating other contestants with her talent.

Emerging as the runner-up of the competition proved to be the turning point of her career. She was selected during that time by Mahesh Babu, the director of the Kannada romantic film Crazy Boy, for the lead role in his film. After that, she started her film career by playing the role of Nandini in the movie Crazy Boy released in 2016.

In the movie, she played the character of Nandini very beautifully, which was well-liked by the audience. Due to her excellent performance, she was also nominated for the SIIMA Awards in the category of Best Debutant Actress in a Leading Role. After debuting, she never looked back in her life and worked in films one after the other.

In 2017 she appeared in films like Mass Leader and Mugulu Nage. In the following year 2018, she acted in films like Raju Kannada Medium, Raambo 2, and Thayige Thakka Maga. Her role as Mayuri in the film Raambo 2 was well received by the audience, due to which she gained popularity in the industry.

In 2022, the shooting of her upcoming films like Avatara Purusha, Garuda, and Raymo has been completed which are ready to release soon at the box office.

Ashika Ranganath’s age is 25 years old in the year 2022. She is one of the most beautiful actresses in the Kannada industry. Her fitness is tremendous and she looks attractive due to her sharp body shape. She does a variety of exercises in the gym daily to maintain her fitness.

Ashika was born in a Hassan district in an upper-middle-class Hindu Kannada family. His entire family believes in Hinduism and worships Hindu deities. Ashika Ranganath’s father’s name is Ranganath and her mother’s name is Sudha Ranganath. Apart from his parents, he has an elder sister named Anusha Ranganath.

Anusha is also a leading actress in the Kannada film industry. Ashika’s marital status is still unmarried. She keeps her personal life private, due to which the name of her boyfriend is not known. Although she had said in an interview with ZEE5 that she had a crush on Rang De Basanti actor Siddharth Suryanarayan.

The total net worth of Ashika Ranganath is around ₹8 crores. She charges a fee of more than ₹1 crore per film. Apart from this, she also earns well by endorsing some brands.

Some Interesting Facts About Ashika Ranganath:

Que. What is the qualification of Ashika Ranganath?

Ans. Ashika completed her early studies at Bishop Sargant School, Tumkur. She also completed her graduation at the Jyoti Nivas College in Bangalore.

Que. Whose daughter is Ashika Ranganath?

Que. When was Ashika Ranganath born?

This is the full details on Ashika Ranganath Biography, Age, Height, Father, Family, Husband, Net Worth & More. Share this post with your friends and keep visiting us on celebwale.com for famous personalities and trending people’s biography with updated details. If you have any thoughts, experiences, or suggestions regarding this post or our website. you can feel free to share your thought with us.