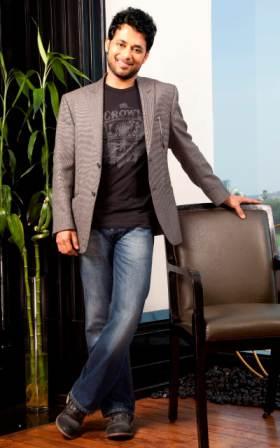 Anupam Mittal is an Indian businessman and entrepreneur who is the owner of People Group. He is known mostly for being the owner of his company Shaadi.com. Nowadays he is in limelight for his participation as a shark in Sony Television’s business reality shows Shark Tank India. Anupam Mittal was born on 23 December 1971 in Mumbai, Maharashtra. He also got his early education from Jamnabai Narsee School, in Mumbai itself.

But he was not enjoying doing this work. Then he got a contract in Europe in which cotton was to be exported. He engaged in this work with full zeal and passion that this work has to be made big and has to be shown by doing something.

Although he did this work very well still he had to face loss. Due to being a young age, he did not have the understanding to do business, so he did not accept his mistake and thought that there was some fault in the country itself and we cannot do business here. After this Anupam took permission from his father that he wanted to go to Europe and do something.

After taking permission from his father, he went to Europe where he did some small business but in that too he failed. Even after this, he did not accept his mistake and thought that there are some faults in Europe itself, due to which his business is not being successful. After that, he shifted from Europe to the USA, and did something there too but could not succeed. Due to not being successful in the US, he had come to know about one thing, but now he has some problems due to which he is failing again and again.

After this, he decided to study in the US and enrolled in Boston College, Massachusetts, from where he earned a post-graduation degree in MBA in Operations and Strategic Management. After completing his degree in 1998, Anupam started working as a Product Manager at MicroStrategy, a business intelligence software firm based in Washington DC.

While working in this company, Anupam touched new heights and earned crores of rupees through stocks and shares at a very young age. But later due to the internet crisis, he could not do much and lost all the money he earned. But with the curiosity to do something big, he returned back to India.

Coming to India, he started a web development company Satyanet Solution with his savings. In this work, his two cousins ​​Anand and Pooja supported him. He started this company when the craze of the internet in India was not that much. In that company, he used to prepare websites for various brands and companies from which he used to earn good money.

The company’s business gradually started doing well, due to which Anupam started making a lot of money. One day a pandit Ji came to his office as a friend of his father and brought a girl’s bio-data for his marriage.

Panditji started showing the girl’s bio-data to Anupam, after which Anupam also understood that he was talking about their marriage. Responding to Pandit Ji, Anupam said that we put this resume on the Internet so that people will be able to find their favorite partner anywhere. And that’s where Shaadi.com originated.

In the matter itself, this thing clicked in Anupam’s mind and he got the idea of ​​doing business on marriage from there. After which he immediately asked his engineer to build a website. The engineer immediately created a website called Sagaai.com.

Anupam and his entire team worked hard together on Sagaai.Com and slowly the work started increasing and people started joining this website. Slowly, by taxing, about ₹30 lakh were deposited with him. Seeing the progress of Sagaai.Com, he was looking for a domain name that everyone would remember.

After this, he started looking for a catchy domain name on the Internet, and he found the Shaadi.Com domain name while searching. Someone had already bought this domain and kept it with him, in return for selling it, he demanded about ₹25 lakh. After this, Anupam once again wondered what to do, and a different kind of problem arose in front of him.

On one hand, he had a total earning of about ₹30 lakh, and on the other hand, that man had demanded ₹25 lakh rupees in return for selling the Shaadi.Com domain name. After this, he only listened to the voice of his heart and he bought that domain from that man for ₹25 lakh. After this, he changed the name of his company Sagaai.Com to Shaadi.Com.

The initial success of this website was more among NRIs as most of the people in India were more conservative and hesitant to arrange marriage through a new startup. Despite a lot of ups and downs in 15 years, his company has become one of the most successful names in its field.

The company’s main markets are in countries like India, Pakistan, and Bangladesh. Although it is equally famous in Canada, the United Arab Emirates, the United Kingdom, and the United States of America as well as in other countries. Shaadi.Com is a matrimonial website where people’s search ends to find their companions.

There is also an application for this website that has been downloaded by more than 10 million people so far. So far, more than 5 million people have successfully found their life partners on Shaadi.com. It is India’s largest matrimonial website and Asia’s leading matchmaking website.

Apart from this, Anupam Mittal also acted in the Bollywood film Flavor released in the year 2003. He also started his acting career with this film in which he was seen in the role of Rad, an NRI. Anupam started his journey as an entrepreneur when he founded the People Group. The company later created businesses like Shaadi.Com, Makaan.Com, and Mauj mobile app. In 2005, Anupam Mittal established the Mauj.Com application, in which facilities like mobile wallpapers, games, ringtones, and messaging were provided to the users.

After this, in the year 2007, Anupam launched a real estate portal Makaan.Com in India, in which both the people who buy and sell the property can get the property at their desired price. Till now he has invested in more than 200 companies. Anupam has invested around ₹1 crore in Ola Cabs, in which he also holds a 2% stake with Ola Cabs.

In the year 2022, Anupam Mittal is appearing on TV for the first time in a show. He is participating as a shark in Sony TV’s show Shark Tank India where besides him, some popular businessmen like Ashneer Grover, Vineeta Singh, Aman Gupta, Peyush Bansal, Namita Thapar, Ghazal Alagh are involved as Shark on the show. This Sony TV show Shark Tank India is showing business and investment-related things in which many entrepreneurs from across India tell their business ideas and ask sharks to invest in their business.

Talking about the awards and achievements of Anupam Mittal, he has been voted as one of the 50 Most Powerful People in India by BusinessWeek and is on the list of 25 most viewed by The Week magazine. In addition, he was also voted on by the Impact Digital Power 100 list in 2012 and 2013 which was chosen among the only symbols of India’s digital ecosystem.

Anupam Mittal’s age is 51 years old in the year 2023. He is one of the biggest entrepreneurs in India and is also known for his looks. Anupam looks quite fit even at the age of 50, to maintain which he likes to play games like boxing often. Apart from this, he also likes to work out and keeps working out in his free time.

Apart from this, Anupam is also very conscious about his health and keeps on taking the advice of a doctor or counselor from time to time. He also controls his food and always likes to eat nutritious things.

Anupam Mittal’s height is 5 feet 7 inches, which is 170 centimeters. His body weight is about 75 kg, he takes a proper diet to keep his body fit so that his body measurement is 42-36-14. His eye color is Black, and his hair color is also Black.

Anupam was born into a prosperous Hindu family. His entire family believes in Hinduism and worships Hindu deities. Anupam Mittal’s father’s name is Gopal Krishna Mittal, and he was a businessman. Her mother’s name is Bhagwati Devi Mittal and she is a housewife. Apart from his parents, two elder sisters also live in Anupam’s house named Shilpa Mittal and Vandana Mittal.

Talking about Anupam’s marital status, he is married. Anupam’s wife’s name is Aanchal Kumar Mittal and both of them were married with great pomp on July 4, 2013, in Rajasthan. Before marriage, Anupam met Aanchal in a fashion show, after which both of them came very close to each other and started dating. Aanchal is a model whom Anupam married after dating for a few years. Anupam Mittal also has a lovely baby girl named Alyssa Mittal.

Talking about the total net worth of Anupam Mittal, his net worth ranges from around $US 150 million to $ 200 million. He is the owner of People Group under which big companies like Shaadi.com, Makaan.com, and Mauj Applications are there.

The net worth of his companies is in thousands of crores of rupees. Apart from this, he has invested in more than 200 companies including ola cabs. He leads a lavishly luxurious life and loves to roam around luxurious cars like BMW, Audi, and Mercedes.

Apart from this, he is also present on Twitter where he keeps sharing his thoughts with his 38k followers. Anupam has more than 5k connections on his LinkedIn account. In the table below, we have shared with you the links of all their social media profiles, by clicking on which you will be able to access their profile page directly.

Some Interesting Facts About Anupam Mittal:

Disclaimer: All images are available on Anupam Mittal’s official Instagram Account. Images can be taken from his official Instagram account for educational purposes. Image Credit goes to the respective owners of the Image Creator. We try to gather accurate data but sometimes there might be some mistakes, Kindly let us know if you find mistakes, and we would correct them. We do not take any Guarantee/Claim That the information we have gathered is 100% correct.

This is the full details on Anupam Mittal Biography, Age, Height, Wife, Education, Family, Father, Net Worth & More. Please share this post with your friends and keep visiting us on celebwale.com for famous personalities and trending people’s biography with updated details. If you have any thoughts, experiences, or suggestions regarding this post or our website. you can feel free to share your thought with us.