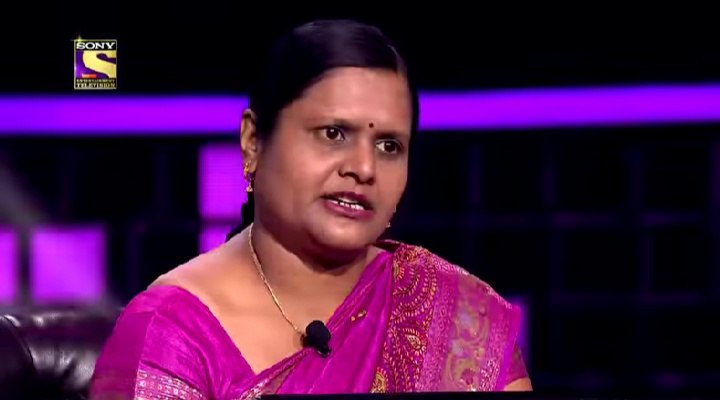 If you want to know the Anupa Das KBC 1 Crore Winner biography and all the details, then you must read this article. Here, we have tried to cover all the possible information about Mohita and her husband and family.

On 25 November 2020, Anupa Das appeared as a contestant on Sony TV’s show Kaun Banega Crorepati season 12 in which she became the third contestant of the show to play for the ₹7 crore question after Nazia Nasim and IPS Mohita Sharma.

Anupa Das has won ₹1 crore in the 12th season 2020 of Kaun Banega Crorepati (KBC) to be aired on Sony TV. Anupa Das will now face the last question for seven crore rupees. The program will air on 25 November.

Sony TV shows a promo of Anupa Das winning ₹1 crore. In the promo, anchor Amitabh Bachchan is announcing the winner of one crore rupees. How has Anupa faced the seven crore question, everyone’s eyes have been on it.

Anupa Das has become the third millionaire (Crorepati) of the 12th season of Sony TV’s popular show Kaun Banega Crorepati. The interesting thing is that all three times the millionaires (Crorepati) are women.

Anupa is a Government Teacher by profession and she is elder than all other three sisters. Anupa Das’s age is 28 years and she is originally from Bastar in Chhattisgarh.

Talk about her family, Anupa Das’s father, Dinesh Chandra Das is Astrologer (Jyotishacharya). Mata Saraswati Das is a retired banker who has been suffering from cancer for some time. Her nickname is Anupa and she belongs to a Hindu family. Anupa has three sisters in her family and she is elder than all.

She completed her from Middle Level to Higher Secondary level education from Maharani Laxmibai School Jagdalpur.

After completing her secondary level education she has done post-graduation in MSc degree in Physics from PG College Dharampura.

Anupa says that she wants to go to KBC and she tried 13 years to go to KBC. She is a government teacher, her father is a Jyotishacharya and her mother is a retired banker.

Anupa, the eldest among the 3 sisters, is the only source of livelihood for her family. In 2019, the whole family got worried due to the mother getting cancer and during this time had to spend a lot of money on their treatment. She currently has third-stage gall bladder cancer.

In February this year, Anupa Das went to Mumbai with her mother Saraswati Das for cancer treatment before the corona crisis deepened. In March, she was forced to stay in Mumbai due to a lockdown across the country.

It was there that she thought of auditioning for KBC. After getting Mother’s treatment from there, she returned to Jagdalpur some time ago in Unlock 4 and she tried to join KBC and she was successful.

When Anupa Das was playing the Kaun Banega Crorepati contest sitting in front of Amitabh Bachchan Ji at the hot seat, then the 1 Crore question that was asked to her, we are going to tell you what question Amitabh Bachchan Ji had asked her. Questions are given in the picture below

When Anupa was on her 1 Crore questions, she had 1 lifeline left. When she was asked a question of 1 crore, she knew the answer, but to be more sure, she used her last Lifeline 50-50.

After which Amitabh Ji marked that lifeline and two wrong answers were erased out of the four options. Here are the some pictures of lifeline to be used on 1 crore question

after which Anoop gave the correct answer by choosing the option D and won Rs 1 crore.

She has become the third woman of this season to give 1 crore to the correct answer to the 15th question, before her Najia Naseem and Mohita Sharma have done 1 crore, now new name Anupa Das has also been added to this list.

After winning 1 crore, Anupa’s happiness did not remain, you can see how happy she looks in the pictures given below.

On winning such a huge amount, Amitabh Bachchan also stood up from his seat and greeted him, after winning Anupa, she got emotional and tears can be seen clearly in her eyes, we are showing you some pictures of her.

On this joyous occasion, Amitabh Ji made a video call to her mother and talked about Anupaji and also congratulated him on Anupa’s winning 1 Crore. Anupa also got emotional talking to her mother and father and started crying.

Let me tell you that Anupa’s mother is suffering from third-stage cancer of the gall bladder and all the savings of Anupa in her treatment are over. Still, she did not lose courage and bear all the expenses for her mother’s treatment.

After all this, Amit Ji took the game forward and he asked Anupaji the sixteenth question which was a question of 7 crores, as well as he explained to Anupa that if you give the correct answer to this question, then you will win 7 crores.

But if your answer is wrong then you will fall to three lakh sixty thousand. Explaining all this, he put the sixteenth question next to him. You can see this in the pictures below.

This question was related to cricket, and Anupa had no idea about it nor had any idea so she quitted the game without taking any risk.

After this, Amit Ji also allowed him to quit the game but before leaving, the correct answer to the question remains to the audience, then Amit Ji asked to answer one of the answers and Anupa locked Option B and the answer was correct.

But, she could not win 7 crores because till then she quit the game without taking the risk. At the time of Anupa’s departure, Amitabh Ji congratulated and sent him away from the hot seat.

This is the full details on Anupa Das KBC 1 Crore Winner Biography, Age, Husband, Family, & More. Share this post with your friends and keep visiting us on celebwale.com for famous personalities and trending people’s biography with updated details. If you have any thoughts, experiences, or suggestions regarding this post or our website. you can feel free to share your thought with us.