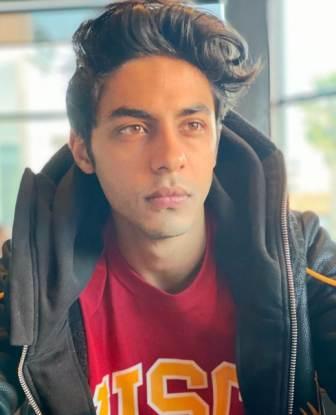 Aryan Khan is a star kid whose father is none other than Shahrukh Khan, who is called the King Khan of Bollywood. Today he remains in the discussion due to being the main accused in the drug case.

Aryan was born on 13 November 1997 in Delhi, India. Born to a star actor, Aryan was not lacking in anything. He completed his early education at Dhirubhai International School in Mumbai.

After this Aryan completed his further studies at Sevenoaks School in England. After completing his senior secondary level, he earned a Bachelor of Fine Arts, Cinematic Arts and Television Production from the School of Cinematic Arts, University of Southern California, California.

After that, he came back to his country India. Apart from studies, he has received training in martial arts. He also holds a black belt in Taekwondo. He won the Gold Medal in the Maharashtra Taekwondo Competition held in the year 2010.

After this, Aryan was in the character of a soccer player in the movie Kabhi Alvida Naa Kehna who scores the final goal in the film but due to the scene was not so convincing, this scene was cut in the final editing of the film.

After starting his career as a child actor, he dubbed his voice for the character of Tez in the 2004 film Hum Lajawab Hain. Best Dubbing Child Artist Award was given for his dubbing voice in this film.

Aryan has rubbished all the speculations about his launch on the big screen saying that the main goals of his life are in filmmaking and direction. He is not interested in acting, he wants to do his work by staying behind the camera.

He has also studied filmmaking and writing at the University of Southern California, so he wants to stay away from acting. Although Aryan still mostly roams abroad with his school and college friends.

Although when he is in India, he is often seen partying and spending time with his sister Suhana Khan’s friends Shanaya Kapoor, Ananya Pandey, Ahan Pandey, Navya Naveli Nanda and etc.

Aryan Khan’s age is 24 years old in the year 2021 and talking about his fitness, he has been very active in sports activities since childhood, due to which his body is also athletic and fitness is tremendous.

He has also received gym training from the best trainers in Mumbai and London. Aryan loves to play football since childhood and has also taken football training in London.

Apart from this, he also shares stunt-performing videos on his Instagram. Apart from this, Aryan has worked a lot on his fitness since childhood and also likes to stay fit.

After completing his studies from abroad, he came back to India, and then he also took training in Taekwondo and won Gold Medal in Maharashtra Taekwondo Competition held in 2010.

He also holds a black belt in Taekwondo. Apart from this, Aryan has also received training in martial arts.

Aryan Khan’s height is 5 feet 11 inches, which is equal to 180 centimeters. His body weight is about 75 kg, he takes a proper diet to keep his body fit so that his body measurement is 40-32-12. His eye color is Dark Brown, and his hair color is also Black.

Aryan Khan was born to a wealthy family in Mumbai. Aryan Khan’s father’s name is Shahrukh Khan, who is the King Khan of the Bollywood film industry and also a famous actor.

Aryan Khan’s mother’s name is Gauri Khan who is an interior designer. Apart from them, their elder son Aryan Khan, and Aryan Khan’s younger sister Suhana Khan and youngest brother AbRam also live in Mannat at Shahrukh and Gauri’s house.

Talking about Aryan Khan’s marital status, he is still unmarried. His partying photos go viral on social media all the time, due to which his name keeps getting associated with some girl every day.

If rumors are to be believed, then he had an affair with Amitabh Bachchan’s granddaughter Navya Naveli Nanda. Earlier, there were discussions of his affair with a London-based blogger.

The information about Aryan Khan’s Total Net Worth is not yet available on the internet media. His father’s earnings are in crores, billions of rupees.

In the table below, we have shared the links of all their social media profiles with you, by clicking on which you will be able to access their profile page directly.

Aryan Khan is the son of a famous Bollywood actor and producer Shahrukh Khan who believes in leading a private life and keeps himself away from the limelight. But being a star kid, the eyes of the media are always on him and he gets into discussions for one reason or the other.

He has been arrested in connection with the drugs found in Cordelia Cruises, who is currently going from Mumbai to Goa. However, this is not the first case when his name has been linked to controversy. Earlier, he has been in controversies regarding the Fake MMS controversy.

However, later this video was confirmed to be fake. Earlier his name was linked with a Romanian girl and there was a lot of controversy over this mystery girl, which was later said to be completely wrong by Shahrukh Khan.

In the year 2021, Aryan Khan was arrested by the Narcotics Control Bureau (NCB) on 3 October 2021 in connection with the drugs found in the Cordelia cruise going from Mumbai to Goa. Apart from Aryan, 8 more people were arrested in this case.

After his arrest, he was produced before the magistrate by the NCB where he was sent to police custody for 4 days. After this, after interrogating Aryan continuously, he admitted to taking drugs and also told that he has been taking drugs for about 4 years.

In the case of Aryan’s drugs, there are continuous big revelations one after the other where he is seen getting into trouble. After the completion of the 4-day remand, he was taken to the trial court for judgment where he was sent to judicial custody for 14 days by the court.

Now the decision on Aryan’s bail is yet to come on October 20. Now it remains to be seen whether he is granted bail by the court on 20 October 2021.

Some Interesting Fact About Aryan Khan:

This is the full details on Aryan Khan Biography, Wiki, Age, Height, Father, Family, Brother, Girlfriend, Shahrukh Khan Son, Movies, Net Worth & More. Share this post with your friends and keep visiting us on celebwale.com for famous personalities and trending people’s biography with updated details. If you have any thoughts, experiences, or suggestions regarding this post or our website. you can feel free to share your thought with us.