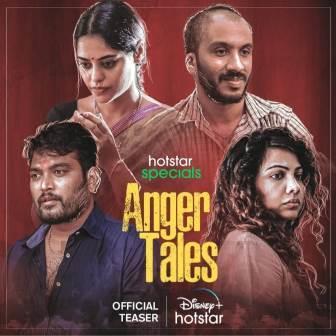 Disney+ Hotstar has announced its new Telugu web series Anger Tales. In this new Telugu series, viewers will get to witness the stories of four different characters namely Ranga, Pooja, Radha, and Giri. Together these four characters make up Anger Tales.

As the title suggests, the series focuses on these characters and the challenges they face due to their anger. The series stars Venkatesh Maha as Ranga, Bindu Madhavi as Radha, Madonna Sebastian as Pooja, and Phani Acharya as Giri. Apart from them, actors like Suhas, Ravindra Vijay, and Tarun Bhaskar Dhasyam will also be seen.

Anger Tales is made under the banner of Fan Made Films and directed by Prabhala Tilak. The series is produced by Sridhar Reddy and Suhas and will soon be released on the OTT platform Disney+ Hotstar.

This is the latest information on Anger Tales Web Series, Star Cast With Photo, Review, Release Date, Full Story, Trailer, IMDb & More. Please share this post with your friends and keep visiting us on celebwale.com for famous personalities and trending people’s biography with updated details. If you have any thoughts, experiences, or suggestions regarding this post or our website. you can feel free to share your thought with u