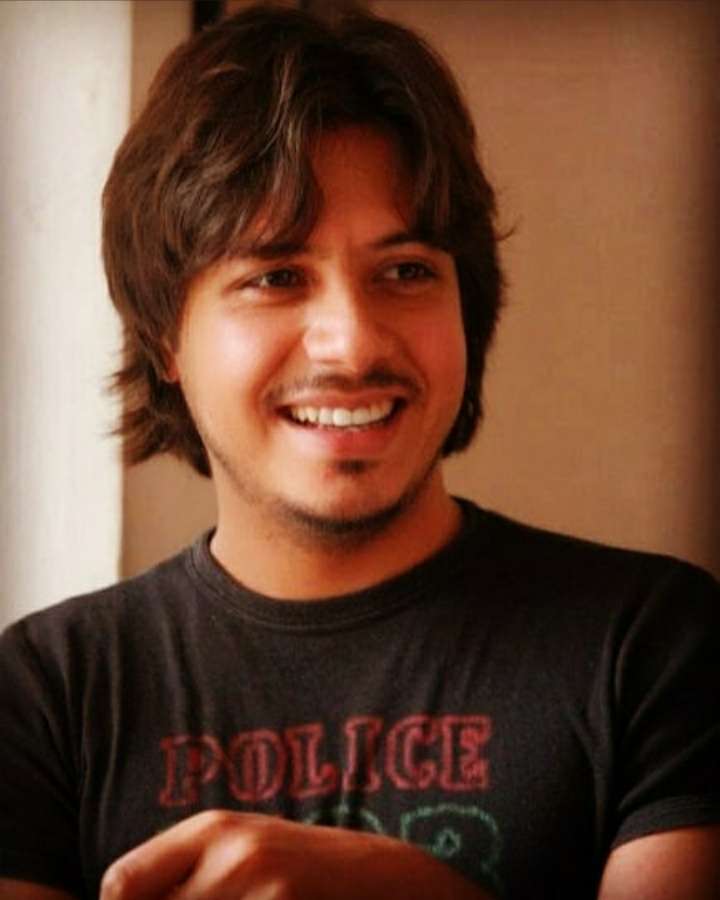 Amit Mistry popular Tv and Hindi Movie actor was born in Mumbai, Maharashtra in 1974. Since childhood, he was fascinated with acting. He wanted to make his career in acting which dragged him into the world of Bollywood. When it comes to his educational qualification, He completed his school education at St. Xavier’s High School, Vile Parle, Mumbai.

Subsequently, He obtained his college degree in commerce at Narsee Monjee College of commerce and economics, Mumbai. He has also done law from Government Law College, Mumbai.

The first television show in which he performed his acting was Woh in 1998. people lauded his acting. This gave him the motivation to do a lot of movies and tv shows. He also played a role in a web series Bandish Bandits which was released last year in 2020.

He started his film career with this film. Amit had acted in a total of 10 serials in his television career. He played an episodic role of Ajay in the tv serial Sshhhhh … Phir Koi Hai serial aired on Star Plus in 2001.

Amit Mistry was an Indian film actor and television actor who worked in many films and serials. He was known for his role Devendra Rathore in the Amazon Prime Original Web series Bandish Bandits, released in 2020. Apart from this, he was quite famous for his cameo role Birbal in the Tenali Ram serial. In an Interview, He Said about when he got the offer from the team of Tenali Rama.

I have never been a part of a historical show and I always fascinated about playing a role like Birbal. Although working in television is a little hectic, it is indeed fun to work in a show like Tenali Rama. I am also personally fond of the team of Cantiloe Pictures. when I was approached for the role of Birbal, I was very happy and I immediately said yes for the role. I was sent a rehearsal speech and when I read that it, I enjoyed it and I thought Birbal’s character will come easily to me.

He started his career as a theater artist where he worked in a number of Hindi and Gujarati theatrical productions. Apart from this, he had also written the dialogues for a Bollywood film. He wrote the dialogue for the film What’s Your Rashi, which was released in the year 2009.

He also directed a short film Two Cubes Pls which was released in 2013. He was a very spiritual person who followed the Teachings of Brahmakumaris, a Spiritual Organization.

While on one hand, the havoc of Corona in India is bothering everyone, on the other hand, the bad news is coming for Bollywood. In fact, Bollywood actor Amit Mistry died this morning after suffering a heart attack. On his sudden demise, his manager Maharshi Desai who has managed him since sometime said that

“I am in complete shock myself. He was all well and was at his home only. He didn’t even complain of any health issue. Post breakfast he felt an ache in his heart and it was a heart attack and his family couldn’t even take him to the hospital. It is a big loss for the entertainment industry to lose an actor like him and I will miss working with him,”

Amit Mistry’s age was just 47 years old in 2021. He was a spiritual person and loved being connected with nature. He used to resort to yoga to keep himself fit and regularly performed many asanas of yoga. Apart from this, he also used to take care of his food and avoid the oil spiced food.

He got married to his wife in the year 2005 with whom he also has children but the information of the children is not available on the internet media, due to which we could not know his name yet.

Amit Mistry used to live in Mumbai and he got his early education from there. Amit passed his tenth and twelfth education exams at St. Xavier High School, Vile Parle Mumbai.

He then took admission to Mumbai’s Narsi Monji College of Commerce and Economics to pursue his graduation, from where he obtained his graduation degree in commerce. Apart from this, he also studied law at Government Law College, Mumbai.

Talking about the net worth of Amit Mistry, according to sources, the charges around ₹130k to ₹150k for an episode of a television serial. The main sources of his earnings are films, acting, and works in the television industry. His total net worth is approx ₹35 crore to ₹50 crores.

Amit was so active on Instagram, where 337 posts had been uploaded by him. Apart from this, Wikipedia has also covered them. He was also present on Twitter, where he has more than 313 followers.

Here, in the below table we’re giving you all their social media links of his. By clicking on the given link you can directly access his profile page.

We have not been able to find Amit’s list of favorite things. But he is very fond of playing Guitar and listening to music.

Amit Mistry played many different different types of supporting roles in various movies. He is a veteran actor in the Bollywood film industry. His role as Binde in the film Yamla Pagla Deewana was notable. Here below in the given table, we’re giving you the movie list.

He is also part of some television serial and shows also. Below we are giving you all the details of his television shows.

Some Interesting Fact About Amit Mistry:

This is the full details on Amit Mistry Biography, Wiki, Actor, Age, Height, Father, Family, Wife, Birthday, Death, Movies List, Serials, News, Shows, Net Worth, Instagram & More. Share this post with your friends and keep visiting us on celebwale.com for famous personalities and trending people’s biography with updated details. If you have any thoughts, experiences, or suggestions regarding this post or our website. you can feel free to share your thought with us.