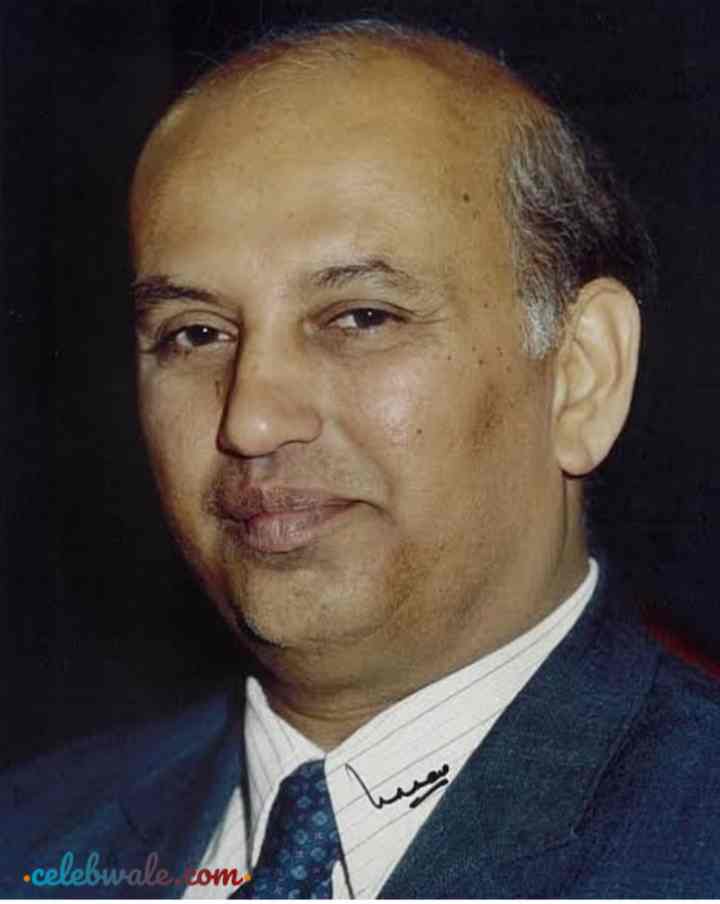 Udupi Ramachandra Rao was born on 10 March 1932 in Adamaru, South Canara, Madras Presidency, British India (Currently, known as Udupi district, Karnataka, India). He completed his primary education in Adamaru village, after which he did his secondary education at Christian High School Udupi.

He was very talented in his studies since childhood and after pursuing his intermediate education, he did his B.Sc. Even after doing his B.Sc, he continued his studies and completed his MSc from Banaras Hindu University (BHU), Varanasi. Then he completed his Ph.D. and received his doctorate under the guidance of the great scientist Vikram Sarabhai.

Udupi Rao started his career working as a cosmic ray scientist under the great scientist Vikram Sarabhai. He then moved to the United States of America (USA) where he worked as a Post-Doctoral Fellow at MIT from 1961 to 1963 and also worked as an assistant professor at Texas University, Dallas from 1963 to 1966.

After this, Rao returned to India in 1966. On returning to India, he started a high-energy astronomy program at the Physical Research Laboratory, India’s premier institute for space science. In 1972, Rao was responsible for the establishment of satellite technology for rapid development along with the imperative of using space technology.

In 1975, under the guidance of Udupi Rao, designing, manufacturing, and launching of communication, remote sensing, and weather-related services were carried out, ranging from India’s first satellite Aryabhatta to more than 18 satellites including Bhaskara, APPLE, Rohini, INSAT-1, INSAT-2 and remote sensing satellites such as IRS-1A and IRS-1B were also included.

Udupi Ramachandra Rao was an Indian space scientist and president of the Indian Space Research Organization (ISRO). He was also the chairman of government councils like Physical Research Laboratory, Ahmedabad, and Nehru Planetarium, Bangalore. Udupi Rao was also the Chancellor of the Indian Institute for Space Science and Technology in Thiruvananthapuram.

He was the first to establish the continuous nature of the solar wind and its effect on geomagnetism using Mariner 2 observations in collaboration with the Jet Propulsion Laboratory Group. Udupi Ramachandra Rao was the first chairman of Antrix Corporation to be awarded the Padma Bhushan by the Government of India in 1976 and the Padma Vibhushan in 2017. He also served as the chairman of ISRO.

Udupi Ramachandra Rao as a Chairman of ISRO:

After taking over as chairman and secretary of the Department of Space in 1985, Rao accelerated the development of rocket technology, which resulted in the successful launch of the ASLV rocket in 1992. Apart from this, he also worked on the operation and development of an 850 kg PSLV rocket, which was successfully launched.

Udupi has been developing the geostationary launch vehicle GSLV during his ISRO tenure and the development of cryogenic technology in 1991 and was also responsible for the successful launch of the inset. During the years 1980 to 1990s, Rao launched several INSAT satellites and focused on communication in India.

The successful launch of the INSAT satellite provided telecommunications links to remote areas and corners of India. The availability of satellite links during the three decades led to the expansion of fixed telephones (called landlines) across the country at various locations in the land.

So that people could talk easily from anywhere using STD (Subscriber Trunk Dialing) instead of waiting for hours to get a connection. This development in India played an important role in developing India as an information technology hub in the future.

He was also awarded a fellowship at the World Academy of Arts and Sciences. Rao was also the general secretary of the Indian Science Congress Association from 1995 to 1996 and was also the vice-president of the International Astronautical Federation from 1984 to 1992.

He has remained chairman of the liaison committee with developing countries (CLIDON) since 1986. He is also the first scientist in the country to be inducted into the Satellite Hall of Fame Washington in a ceremony organized by the Society of Satellite Professionals International.

In addition, he was also inducted into the Hall of Fame by the International Aeronautical Federation in Mexico. Udupi Rao was elected as the chairman at the 30th International Antarctic Treaty Consultative Committee meeting held in April 2007. He was also a co-chairman of the National Center for Antarctic and Ocean Research Goa.

He was also the first chairman of Prasar Bharati. Apart from this, Udupi Rao was an honorary doctorate from more than 21 universities in India, including the oldest university in Europe, the University of Bologna. Professor Udupi Ramachandra Rao held many other positions.

Here are the names of some positions:

Renowned space scientist and former Indian Space Research Organization (ISRO) President Udupi Ramachandra Rao died on 24 July 2017 at his residence in Bengaluru. He was 85 at the time. He breathed his last at around 3:00 am and was suffering from age-related ailments.

Rao breathed his last at his residence in the city of Bangalore, leaving behind a wife and a son, and a daughter. Udupi died when he was serving as the Chairman of the Governing Council of the Physical Research Laboratory in Ahmedabad and the Chancellor of the Indian Institute of Science and Technology in Thiruvananthapuram.

Udupi Ramachandra Rao died at the age of 85 and his birthplace was Adamaru, South Canara, Madras Presidency, British India (Currently, known as Udupi district, Karnataka, India). Talking about the physical appearance of his body, Rao’s height was 5 feet 7 inches, which is 173 cm. His body weight was 73 kg and Rao’s body measurement is not known. His eye color is black and his hair color is black & white.

Udupi Ramachandra Rao was born into an ordinary family that believes in Hinduism. Rao’s father’s name was Lakshminarayana Acharya and his mother’s name was Krishnaveni Amma who was a Housewife.

Talking about Udupi Ramachandra Rao’s education, he got his initial education in Adamaru village, Karnataka. He then passed his intermediate examination from Christian High School Udupi in 1949. After completing his intermediate, he completed his B.Sc from the Government Arts and Science College, Anantapur in 1952.

Meanwhile, he also worked with NASA. After working with NASA, he returned to India in 1966 where he worked as a professor at the Physical Research Laboratory Ahmedabad.

Not Available only his Wikipedia page is available.

On March 10, 2021, Google celebrated the 89th birthday of Indian professor and scientist Udupi Ramachandra Rao and on his birthday, Google honored him by creating a Google Doodle.

Disclaimer: All images of Udupi Ramachandra Rao were taken from Google and various Instagram hashtags. Images can be taken for educational purposes. Image Credit goes to the respective owners of the Image Creator. We try to gather accurate data but sometimes there might be some mistakes, Kindly let us know if you find mistakes, and we would correct them. We do not take any Guarantee/Claim That the information we have gathered is 100% correct.

ThiosThis is the full details on Udupi Ramachandra Rao (ISRO Scientist) Biography, Age, Family, Wife, Death & More. Please share this post with your friends and keep visiting us on celebwale.com for famous personalities and trending people’s biography with updated details. If you have any thoughts, experiences, or suggestions regarding this post or our website. you can feel free to share your thought with us.