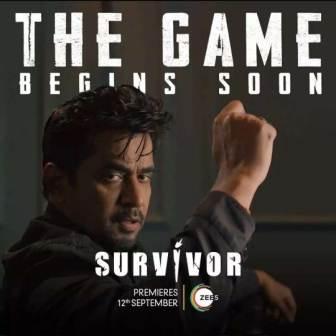 Survivor Tamil is a reality show based on the Swedish Robinson format developed by Charlie Parsons. The show is the Tamil version of the American TV series Survivor, in which, like the American show, in the Tamil version, only celebrities will be part of the show and will be taken to an island for 90 days.

There will be no equipment and facilities of modern life on this island. After reaching the island, the survivors will be divided into two parts, which will also be known as Launch Day. The Survivor Tamil show sees two divided tribes fighting each other on a given task to save themselves from elimination.

There are also some special rules of Survivor Tamil which all the contestants will have to follow.

Rule No1. Survivors will be allowed to bring a limited amount of clothing with them to the island.

Rule No 2. No survivor can bring a suitcase with him to the island.

Rule No 3. All Survivors will have to talk and speak only in Tamil language apart from this they cannot use any other language during the game.

Every day both the tribes will be given Immunity Challenge and Reward Challenge in which the team that loses the Immunity Challenge will sit in the Tribal Council Department where all the members of the losing team will vote to eliminate the weakest player from their own team.

Whichever contestant gets the most votes in this council will be kicked out of the game. A total of 18 contestants are participating in this game, who will have to stay on the island for 90 days. The contestants who win this Survivor Tamil show will be given a total reward of Rs 1 crore.

This is the full details on Survivor Tamil சர்வைவர் 2021 Contestant Name With Photo, Wiki, Elimination, Review, Elimination Today, Cast, Telecast Timing, Promo Survivor Season 1. Share this post with your friends and keep visiting us on celebwale.com for such an entertaining post. If you have any thoughts, experiences, or suggestions regarding this post or our website. You can feel free to share your thought with us.