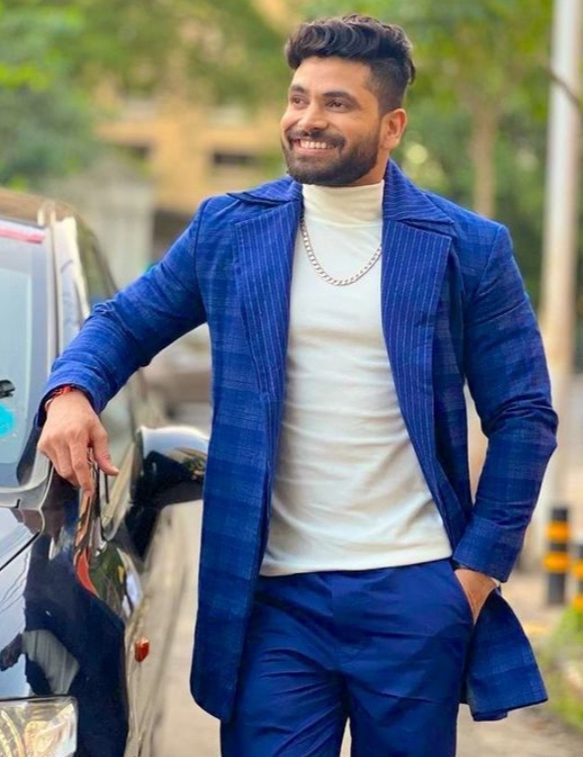 Shiv Thakare is an Indian reality television actor best known for being the winner of Bigg Boss Marathi Season 2. He was born on 9 September 1989 in Amravati, Maharashtra. He completed his early education at Sant Kavaram Vidyalaya in Amravati. After that, he completed his graduation from GH Raisoni College of Engineering, Nagpur, Maharashtra.

In the early days of his career, he used to do many odd jobs like selling newspapers and milk packets so that he could support his family financially. Apart from this, he also used to work at his father’s Paan shop. Shiva also does a lot of workouts in the gym so that his fitness can be maintained. Shiv soon got a chance to participate in MTV Roadies Rising as a contestant in 2017 where he made it to the semi-finals.

He then appeared on the MTV show The Anti-Social Network. In 2019, he participated as a contestant in the second season of the Marathi reality show Bigg Boss Marathi where he emerged as the winner of the show. In 2020, he was associated with the audition panel of MTV Roadies Revolution Pune.

Apart from this, he has also appeared in music videos like Kasa Chandra and Sheelavati. In 2021, he also launched his deodorant brand. Apart from this, he also runs the dance studio Shiv Thakare Dance Studio, where he also teaches dance to children. In October 2022, he participated in Colors TV’s popular reality show Bigg Boss 16 as a contestant.

Shiv Thakare’s age in 2023 is 33 years and his height is 5 feet 9 inches which are 175 cm. His weight is just 75 kg. He follows the proper diet rule to maintain his body. He takes a proper diet to keep his body fit so that his body measurement is 42-32-16. His eye color is Black, and his hair color is also Black.

Thakare was born in Amravati, Maharashtra to a middle-class Hindu Marathi family. His entire family believes in Hinduism and worships Hindu Gods and Goddesses. Shiv Thakare’s father’s name is Manohar Thakare and he runs a paan shop. His mother’s name is Ashatai Thakare.

He also has a sister in his family whose name is Manisha Thakare. Shiva’s marital status is still unmarried. In 2019, he was in a relationship with Veena Jagtap, his co-contestant in Bigg Boss Marathi 2. But in 2022, both decided to separate due to personal reasons.

He also runs his own dance studio in Amravati from which he earns ₹35k to ₹40k. In 2022, he is involved in Colors TV’s popular show Bigg Boss 16 as a contestant, for which he is charging more than ₹ 5 lakh every week.

Some Interesting Facts About Shiv Thakare:

This is the full details on Shiv Thakare Biography, Age, Height, Birthday, Family, Wife, Gf, Net Worth & More. Share this post with your friends and keep visiting us on celebwale.com for famous personalities and trending people’s biography with updated details. If you have any thoughts, experiences, or suggestions feel free to contact us.