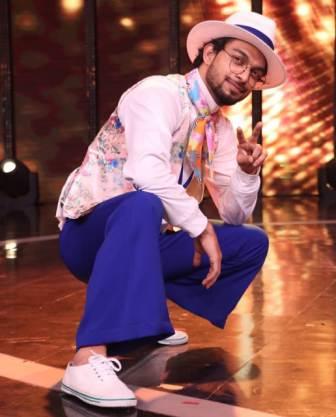 Rupesh Soni is an Indian Dancer and Choreographer who is known for his scintillating dance performance and choreography in dance reality shows. He was born on 19 May 1995 in New Delhi, India. Rupesh received his early education from SGTB Khalsa Boys Senior Secondary School located in Dev Nagar, Karol Bagh, New Delhi. He had a special love for dance since childhood, due to which he used to participate in many dance activities of the school.

After the show dropped out of the top 15, he enrolled at The Dance World Academy to learn hip hop and contemporary dance forms. After receiving training from Dance World, he started dance workshops for the institute where he started giving the training to dance students. Soon after that, he started teaching full-time hip-hop dance to the students.

In this show, the Goggle gang made it to the top 30 but in the mega auditions, this gang failed to make it to the top 12. In the following year 2019, Rupesh took part in Star Plus’s dance reality show Dance Plus Season 5 as a contestant along with Deepika. His mentor in the show was Karishma Chavan, under whose supervision both of them gave their brilliant performances and became the finalists of the show.

However, they lost in the finals of the show and finished in third place. But, they won the title of L’Oreal Performer of the Season for his performance in the show. In the year 2020, Rupesh participated as a mentor in Sony Marathi’s dance reality show Maharashtra Best Dancer Show where he was the dance mentor of Contestant Sameep Dhakne. The show included Dharmesh Yelande and Pooja Sawant as judges.

However, Contestant Sameep could not go far in the show and was eliminated in February 2021. In the year 2021, Rupesh Soni participated in the Colors TV dance reality show Dance Deewane Season 3 where he joined as the choreographer of the show’s contestant Piyush Gurbhale. Rupesh and Piyush became the finalists due to their stellar dance performance in the show and they were able to win the finals due to their amazing dance performance in the final.

Soni and Gurbhale were given the Dance Deewane trophy, Rs 40 lakh, and a Maruti Suzuki S-Presso car for winning the dance reality show. In the same year, he is participating as a choreographer in Sony TV’s dance reality show India’s Best Dancer Season 2 where he is choreographing dance for the show’s contestant Gaurav Sarvan.

Rupesh Soni’s age is 25 years in the year 2021 and he is a prolific dance contestant and choreographer of the dance reality show. Talking about Rupesh’s fitness, he believes in keeping his body fit, for which he works hard.

His body is quite hard and flexible due to performing different dances every time, which helps him to stay fit. Apart from this, he also takes care of the food and takes nutritious food in the lunch and dinner so that he can stay healthy.

Rupesh Soni’s height is 5 feet 6 inches, which is equal to 168 centimeters. His body weight is about 66 kg, he takes a proper diet to keep his body fit so that his body measurement is 36-32-10. His eye color is Black, and his hair color is Black.

Talking about Rupesh’s marital status, he is still unmarried and if rumors are to be believed then her girlfriend’s name is Deepika. Rupesh and Deepika met for the first time on the stage of the World Dance League. From where Rupesh and Deepika’s relationship began.

Talking about Rupesh’s total net worth, his net worth is around ₹50 lakh to ₹75 lakh. His main source of income is from performing dance in TV reality shows. Apart from this, the dance institute also gives dance training to the students, for which they charge a good fee.

Rupesh’s account is present on all social media platforms except Twitter, where he shares dance-related videos with his followers. Rupesh has an Instagram account that has more than 50k followers and the number of his posts is more than 600. Along with his personal photos on Instagram, he also shares his dancing clips with people, which fans like very much.

Apart from this, he is also present on Facebook. Rupesh is not yet covered by Wikipedia on its page nor is he present on Twitter. He also has a channel on YouTube that has about 1.5k subscribers. He rarely shares videos related to dance on his channel. In the table below, we have shared with you the links of all their social media platforms, by clicking on which you will be able to access their profile page directly.

Some Interesting Fact About Rupesh Soni:

This is the full details on Rupesh Soni Wikipedia, Bio, Dancer, Birthday, Age, Family, Wife, Net Worth & More. Share this post with your friends and keep visiting us on celebwale.com for famous personalities and trending people’s biography with updated details. If you have any thoughts, experiences, or suggestions regarding this post or our website. you can feel free to share your thought with us.