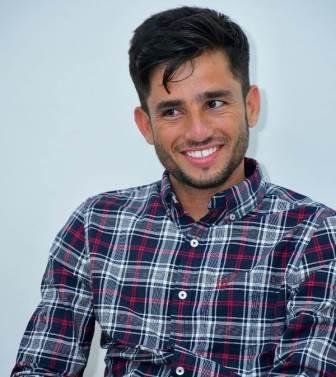 Ravi Bishnoi is a young Indian cricketer who is famous for his spin bowling. He has dismissed good batsmen with his spin in the IPL. In 2022, he got a place in the Indian T20 cricket squad. He made his debut against West Indies on 20 February 2020 at the Eden Gardens, Kolkata. It was not easy for him to make a career in cricket from the beginning.

He was born on 5 September 2000 in Birami village of Jodhpur, Rajasthan. Born in a small middle-class family, Bishnoi was fond of playing cricket from the very beginning. Although those basic facilities to play cricket were not available in his village, but he did not give up his courage. He built the Spartan Cricket Academy along with his friends and cricket coach.

Facing financial difficulties, he also did all the mason work himself in building the academy so that he could train for cricket. He has been turned down by the selectors once for the Under 16 trials and twice for the Under 19 trials. But after being requested by his coaches to give him one more chance, he was selected for the Under 19 Rajasthan team.

He completed his early schooling at Mahavir Public School, Jodhpur. He had skipped his intermediate board exams in March 2018 when he was called to bowl in the nets by Rajasthan Royals. In February 2019, he made his home debut in the T20I series for Rajasthan in the Syed Mushtaq Ali Trophy. He then made his List A debut in the Vijay Hazare Trophy in September 2019.

In October 2019, he had included in India A squad for the Deoghar Trophy. Playing for Rajasthan in the Vinoo Mankad Trophy, he took 17 wickets in 7 matches, the most wickets taken by any bowler in the season. Seeing his performance, he was included in the Indian Under 19 team for the ICC Under 19 Cricket World Cup 2020.

Ravi became the leading wicket-taker in the tournament with a total of 17 wickets in the Under 19 World Cup. Impressed by his stellar performance, Punjab Kings bought him for ₹2 crores in IPL season 2020. Bishnoi made his IPL debut on 20 September 2020 against Delhi Capitals. He took a total of 12 wickets in his debut season and was nominated for the Emerging Player Award.

He remained associated with Punjab Kings in 2021 as well. In January 2022, Bishnoi was included in the Indian squad for the home T20I series against the West Indies. He made his T20I debut against West Indies on 16 February 2022. Bishnoi was bought by Lucknow Super Giants for ₹4 crores in IPL Mega Auction 2022. He is doing his best in IPL 2022.

Ravi Bishnoi’s age is 21 years old in 2022. He is an Indian young leg spinner. Bishnoi also works hard on his fitness. He works out for hours daily in the gym to give his 100 percent on the cricket field.

Ravi Bishnoi’s height in feet is 5 feet 7 inches, which is 170 centimeters. His bodyweight is 58 kg and Bishnoi’s body measurement is not known. His eye color is Black and his hair color is also Black.

Bishnoi was born in a middle-class Hindu family in Jodhpur. His entire family believes in Hinduism and worships Hindu deities. Ravi Bishnoi’s father’s name is Mangilal Bishnoi and he is the headmaster of a government school. His mother’s name is Sohni Devi and she is a housewife.

Apart from his parents, he is survived by 2 elder sisters Anita Bishnoi and Rinku Bishnoi, and an elder brother Ashok Bishnoi. Bishnoi’s marital status is currently unmarried and there is no information available about his affair.

The total net worth of Ravi Bishnoi is around ₹9.5 crores. He was first bought by Punjab Kings in IPL 2020 for ₹2 crores where he remained with Punjab for the same price till 2021. But in IPL Mega Auction 2022, Lucknow Super Giants bought him for ₹4 crores. Apart from this, he gets a fee of ₹20k per match for playing for Rajasthan in domestic cricket.

Some Interesting Facts About Ravi Bishnoi:

Que. Is Ravi Bishnoi a spinner?

Que. What is the age of Ravi Bishnoi?

This is the full details on Ravi Bishnoi (Cricketer) Biography, Age, Height, Sister, Family, Gf, IPL Salary, Net Worth & More. Share this post with your friends and keep visiting us on celebwale.com for famous personalities and trending people’s biography with updated details. If you have any thoughts, experiences, or suggestions regarding this post or our website. you can feel free to share your thought with us.