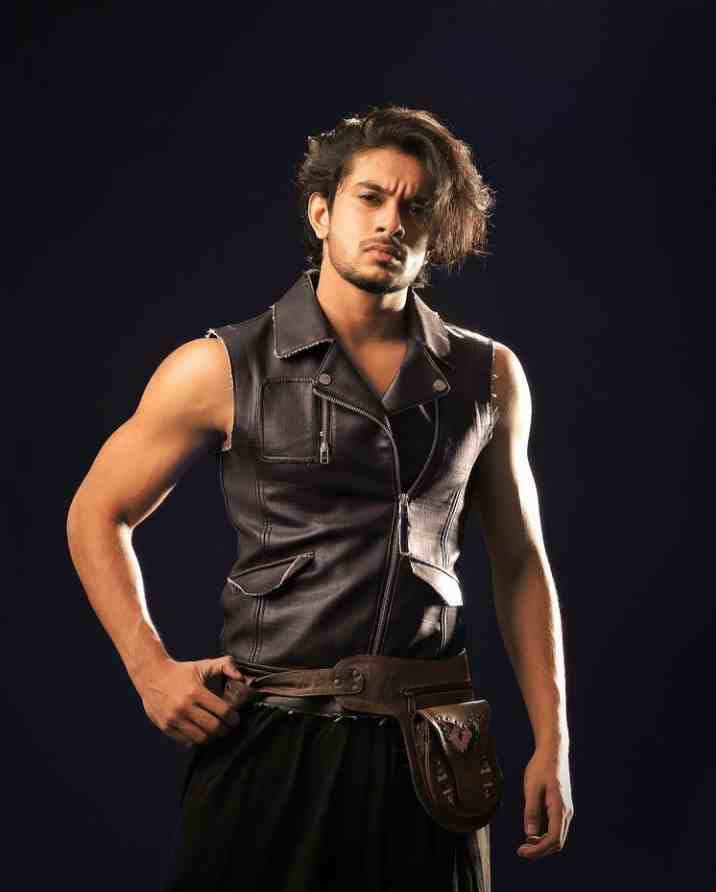 Ramzan Muhammed is a famous Indian dancer and actor from South India who is known for winning the title of dance reality TV show D4. Apart from this, Ramzan participated in another dance reality show Superstar 2 where he was a semi-finalist of the show. He was born on 9 April 1999 in a well-to-do Muslim family in Muvattupuzha, Kerala, India. He finished his education till class 10th at Co-operative Public School, Muvattupuzha, Ernakulam. In order to complete his higher secondary education, he enrolled himself in Ebenezer Higher Secondary School, Veettoor, Ernakulam.

From there he did his plus two schoolings. Since childhood, he was interested in dancing. He used to take part in all dance performances and dance competition shows in his school. Where he also won the CBSE State Kalotsav Competition 2015 and State School Kalolsavam competition 2018. He started taking dance lessons when he was in pre-school. In his pre-school, he would take classical dance lessons as well. Ramzan participated in many TV reality shows like superstar junior 2 where he reached till semifinal stage, and munch dance 2012 in which he ended up as a second runner-up.

Till now, he had got a lot of popularity. When he took part in a TV reality show D4 Dance and won that title with 50 lakh Indian Rupees. This turned out to be a turning point in his career. Hereafter, he never looked back. He also appeared in some Malayalam movies and many advertisements where he proved himself in all aspects. Muhammed appeared in a Malayam movie Dance Dance as a leading actor. This was his first real breakthrough. In 2018, he won the title of Kerala School Kalolsavam which took place in Thrissur.

Meanwhile, he was in school. A youtube channel is run by Ramzan Muhammed where he uploads videos of his dance. Apart from being a professional dancer, he is also a good actor who has done many things like Ee Pattanthil Bhootham (2009), Doctor Love (2011), Three Kings (2011), Ee Adutha Kaalath (2012), Mayapuri 3D (2019). He has played small roles in Malayalam movies. Apart from working in TV and films, Ramzan has also worked in TV commercials for many brands like Minute Made Nimbu Fresh at the age of 12.

Ramzan played a small role in the French Italian film Last Words released in the year 2020. Also in the same year in 2020, he was cast as a mentor in the Zee TV Kerala show Dance Kerala Dance, where he was the mentor of Amritha VT in the show. Amrita took the title of the show in the mentorship of Ramzan and Ramzan also won the title of Best Mentor.

He also appeared in Asianet’s most talked-about show Bigg Boss Malayalam season 3 in 2021. Apart from him, many actors like Remya Panicker, Manikuttan, Dimpal Bhal, Divya Uruduga, and Sajina Firoz Khan are seen in this show. Bigg Boss Malayalam Season 3 is hosting Malayalam film superstar Mohanlal, which is aired every night at 9:00 pm on the Asianet TV channel.

Ramzan’s age is just 23 years old in 2022. He takes great care of his body, for which he also exercises in different ways in the gym for hours every day. Along with this, he also takes care of the health of his body and consumes very low-weight food. They eat more and more nutritious things in food and in addition to this, they also drink fruit juice regularly.

He looks charming and dashing personality on his body look. Ramzan Muhammed’s height is 5 feet 10 inches, which is 178 cm. His body weight is 55 kg and Muhammed’s body measurement is 40-35-14. His eye color is black and his hair color is Black.

Ramzan Muhammed was born into a prosperous Muslim family. His entire family believes in Muslim beliefs and also fasts for Allah. Ramzan Muhammed’s father’s name is Nazar Perumthara, who is a businessman and his mother’s name is Raseena Nazar. Apart from his parents, he also has two brothers and a younger sister living in his house.

Ramzan’s elder brother’s name is Raseek Nas and Rasal Nas. Ramzan also has a younger sister named Risana Nas. Talking about the marital status of Ramzan Muhammed, he is still unmarried. The news of his affair is not available on the Internet, due to which we have not yet received information about his girlfriend.

Talking about the net worth of Ramzan Muhammed, according to sources, he takes charges around ₹45k to ₹60k for an episode of Bigg Boss Malayalam Season 3 tv show. The main sources of his earnings through television shows and advertising. He took part in a TV reality show D4 Dance and won that title with 50 lakh Indian Rupees. He owned a new Royal Enfield Thunderbird 350X. His total net worth value is around INR ₹3 crores to ₹4 crores approx as of 2021.

Ramzan’s account is present only on Instagram, where he keeps updating his regular photos. Ramzan has an account on Instagram where he has more than 350k followers. He keeps sharing about 3 to 5 photos on Instagram every week with his fans. Ramzan is not covered by Wikipedia. Below we are sharing the links of all their social media accounts with you, by clicking on which you will be able to access their profile directly.

Some Interesting Facts About Ramzan Muhammed:

This is the full details on Ramzan Muhammed Biography, Age, Height, Wife, Family, Net Worth & More. Share this post with your friends and keep visiting us on celebwale.com for famous personalities and trending people’s biography with updated details. If you have any thoughts, experiences, or suggestions regarding this post or our website. you can feel free to share your thought with us.