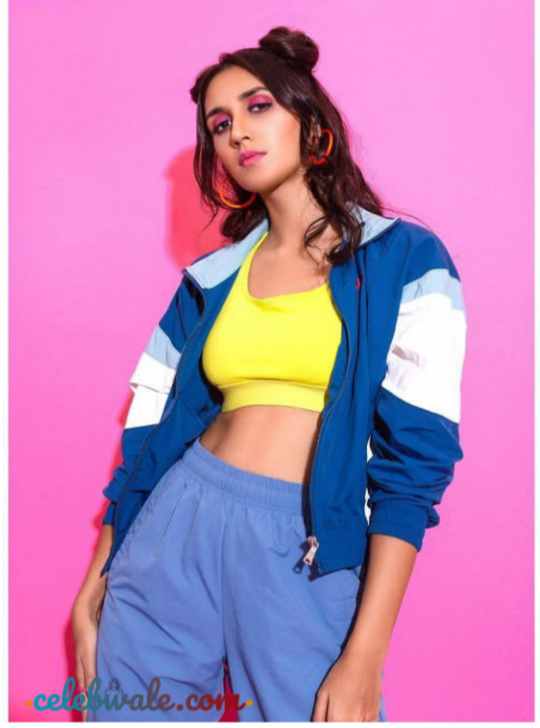 Nikita Dutta is an Indian film actress and TV actress who made headlines by playing the role of actress Jiya Sharma in the romantic drama Kabir Singh directed by Sandeep Reddy Wanga. She was born on 13 November 1993 in New Delhi. Due to her father being a Naval Officer in the Indian Navy, there used to transfer everywhere in the country. So most of her childhood was spent in Kochi, Visakhapatnam, and Mumbai. Her life began in education in Mumbai. Nikita received her high school and intermediate education from Kendriya Vidyalaya in Mumbai.

After passing the intermediate, she took admission to study Economics at St. Xavier’s College in Mumbai. From where she completed her graduation. During her college, she was involved in modeling where she participated in the Femina Miss India Contest in 2012 and was also a finalist of the Contest. She was also learning modeling during college and worked as an intern for an ad agency which earned her ₹ 5000. She had spent this money on a trip to Goa, where she went to hang out with her friends. After this, she made her Bollywood debut with the film Lekar Hum Deewana Dil in 2014.

After making her Bollywood debut, Nikita turned to the television industry in 2015 where she made her debut in the television industry with Life OK’s drama series Dream Girl – Ek Girl Deewani Si. Apart from Nikita, the show also featured Shraddha Arya and Mohsin Khan in which Nikita played the role of Lakshmi Mathur who falls in love with Mohsin Khan’s character. Nikita later left Show in November 2015 for some reason. In 2016, Nikita appeared for Sony Entertainment Television’s Ek Duje Ke Vaaste, in which she acted opposite Namik Paul, playing a girl who loves cooking and wants to open her own restaurant.

This role of her was appreciated by the critics and she also won the Lions Gold Awards for the No.1 Jodi with Paul. However, this serial could not run for longer than other Indian serials and due to having short storylines, the serial was discontinued in the same year. Nikita then worked the next year on Sony Entertainment Television’s second serial Haasil, a romantic thriller show that aired from October 2017 to February 2018. The show was acted by her opposite Zayed Khan and Vatsal Seth. In the serial, Nikita played the role of Anchal Srivastava, a lawyer who dares to stand up against a rich family like Raichand.

Nikita was given the Lions Gold Award for Best Actress due to her outstanding performance in this serial. After this, when the show was closed, she appeared in an episodic role in & TV horror show Lal Ishq. After this, Nikita made her comeback to Bollywood in the year 2018. She played the supporting role of Kaushal’s girlfriend Simran in the Bollywood film Gold. The film was a sports film based on the national hockey team that participated in the 1948 Summer Olympics and was directed by Reema Kagti. In this film, Akshay Kumar, Mouni Rai, and Sunny Kaushal played the lead roles.

The movie grossed ₹ 1.51 (the US $ 21 million) billion, creating a new dimension of earnings. In the year 2019, Nikita played the lead character of Titli Jain in the MX Player web series Aafat. Then she played the lead role in Neeraj Udhavani’s film Maska. Nikita Dutta will be seen in the film Big Bull directed by Kuki Gulati in 2021, in which Bollywood actors Abhishek Bachchan and Ileana D’Cruz will be seen in the lead roles.

The film mainly featured the 1992 scandals and was produced by Ajay Devgan. The film is based on the financial crimes committed by stockbroker Harshad Mehta during the 10 years between 1980 and 1990 in which Nikita plays the wife of Harshad Mehta (Abhishek Bachchan). The film will be released on Disney Hotstar on 8 April 2021.

Nikita Dutta’s age in 2022 is 28 years. She is a very beautiful actress in the television and film industry. Nikita is very concerned about her fitness and she keeps doing workouts in the gym every day for hours so that she can keep herself fit. She is also a fitness lover who performs many yoga postures along with doing hours of workouts. She had told in an interview that if she had not been an actor, she would have been a yoga instructor.

Along with exercising, she is also more conscious about her food. She avoids oily things and consumes more fruits, green vegetables, and fruit juices to maintain her health. She always takes nappy food so that her looks can look good. Nikita Dutta’s height is 5 feet 7 inches, which is 170 cm. Her body weight is 56 kg and Nikita’s figure measurement is 33-28-35. Her eye color is brown and her hair color is also brown.

Nikita Dutta was born into an upper-class Hindu army family. She belongs to a family who had a defense background, whose parental uncle SK Dutta is a Major General in the Indian Army. Nikita worships Hindu deities and believes in Hinduism. Nikita Dutta’s father’s name is Anil Kumar Dutta, a naval officer in the Indian Navy, and her mother’s name is Alka Dutta, a housemaker.

In addition to her parents in Nikita’s family, she also has an elder sister named Ankita Dutta Dubey. Nikita Dutta’s marital status is still unmarried and when she talks about her affair, she is not having an affair with anyone.

Talking about Nikita Dutta’s net worth, according to sources, she charges around ₹40Lakh to ₹70Lakh for a movie. Her total net worth in 2021 is more than ₹12 crores. The main sources of her earnings are movies and TV shows. Apart from this, she also keeps doing TV ads for different brands.

Nikita Dutta’s account is present on all social media platforms where she keeps uploading her photos, which keeps her in the headlines. Fans have a lot of craze about them, she is popular on social media due to her hotness. Nikita Dutta is very popular on Instagram where she keeps sharing her latest pictures with her fans, she shares more than 8 to 10 photos in a week with her fans, and the total number of posts on her Instagram is more than 1.4k and their number of followers is more than 1 million.

She is also available on Facebook and she has a total of more than 2 million followers on her Facebook account. She has also an account on Twitter whereas there is 75k follower on her Twitter account. Nikita Dutta is also covered by Wikipedia. Below we are sharing the links of all their social media accounts with you, by clicking on which you will be able to access their profile directly.

Some Interesting Facts About Nikita Dutta:

This is the full details on Nikita Dutta Biography, Age, Height, Family, Husband, Net Worth & More. Please share this post with your friends and keep visiting us on celebwale.com for famous personalities and trending people’s biography with updated details. If you have any thoughts, experiences, or suggestions regarding this post or our website. you can feel free to share your thought with us.