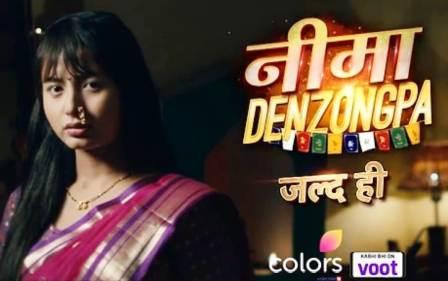 Describing her identity in the video, Neema is saying that she is going away from her loved ones to Mumbai for her love. In the second scene of the trailer, Neema of Sikkim is seen in a special way. But here the smile on Neema’s face seems to be lost somewhere.

Desperate Neema is asking the question of whether you will be welcomed in Mumbai as your loved ones or as strangers. Before asking this question, some such voices come in the background behind Neema which makes us think. Because in the background of the video, we can hear that people are calling Neema a small eye, momo, ping-pong, flat nose.’

The concept of the serial has also been liked by the people. In which Neema is asking. ‘Leaving the support of loved ones in Sikkim, Neema has held on to the hand of her love’ but will she adopt the city of her dreams, or will she make her a stranger?’

Neema Denzongpa is a new show on Colors TV that is based on a different concept. Recently, the promo of the serial was released which the audience liked a lot. People are praising this concept fiercely on Twitter. There is a lot of discrimination against the North East in our own country, against which voice should be raised.

On the one hand, Mirabai Chanu of North East is being praised for winning a medal for the country in the Olympics, but with the same praise, we forget the discrimination against the people of North East. Of course, voice is being raised against it now which is a good thing. Although this serial is also telling the pain of heart of every Indian living in North East.

This is the full details on Neema Denzongpa Serial Cast, Photo, Real Name, Cast, Serial, Colors Tv, New Show, Promo, Story, Plot, Release Date & More. Share this post with your friends and keep visiting us on celebwale.com for such an entertaining post. If you have any thoughts, experiences, or suggestions regarding this post or our website. you can feel free to share your thought with us.