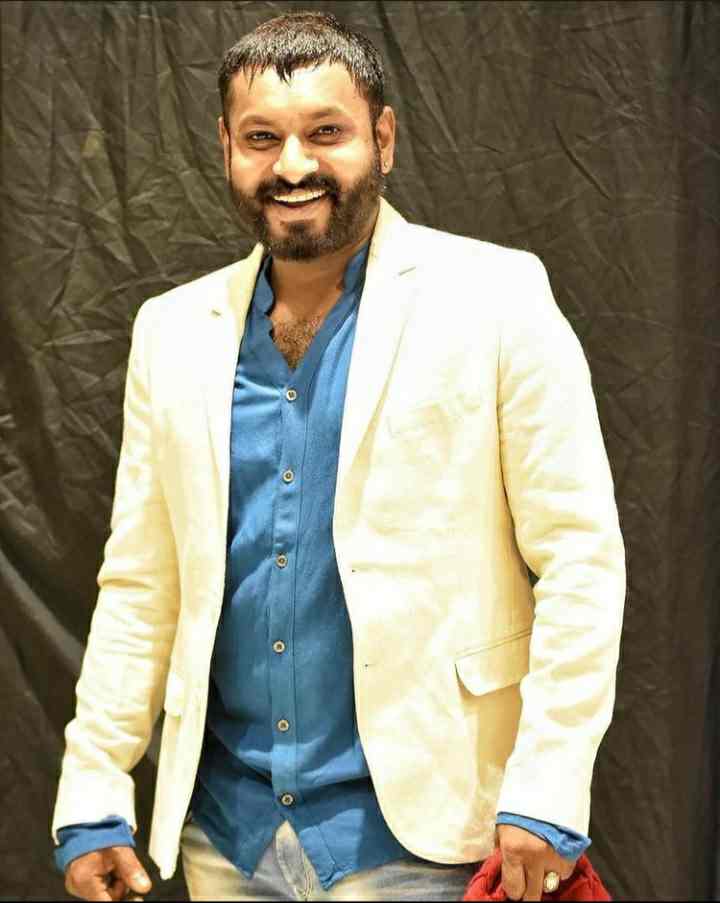 Kidilam Firoz was born on 27 December 1982 in Thiruvananthapuram, Kerala, India. His real name is Firoz Khan Abdul Azeez and he did his schooling at GHSS Venjaramoodu, Trivandrum. In his school, he was an active student. Firoz would take part in all co-curricular activities in School. Kidilam obtained his graduation degree from the University College, Thiruvananthapuram with a Bachelor of Science in Zoology. He used to be an enthusiastic student there as well.

In the initial phase of his career, he worked as a VJ and associate producer at Asianet in 2004. Firoz started working at BIG FM 92.7 in 2004 as an RJ. Later on, he worked at BIG FM 92.7 as an Executive producer of content. He has won many awards for being the best radio jockey. Kidilam holds Limca World record for non-stop RJ-ing till 105 hours. According to the reports, he is the first Malayali RJ to do so. He hosted the long-run show named “Vande Kerelam”, through which he raised awareness regarding the use of narcotics.

He has also worked as an actor, scriptwriter, and director in many Malayalam films like- Thaniyavathanam,(2014), 69, (2014), Kallu(2020), and Malayali Shaji Poliyanu. Kidilam also plays the lead role of Robert in the film March Randaam Vyaazham, which was directed by Jahangir Ummar. He is actively involved in various philanthropic activities. Apart from this, he has also hosted a marathon drive for Vande Keralam to create awareness about drug use and its abuse.

Kidilam also makes a cameo appearance in the film like Parole, Viswa Vikhyaatharaaya Payyanmaar, and Panchavarnathatha. In 2021, Kidilam Firoz took part in Asianet’s most talked-about television show Bigg Boss Malayalam Season 3 as a contestant. Apart from him, many artists like Adoney John, Noby Marcose, Divya Uruduga, Rithu Manthra, Manikuttan have participated in this show. The show is hosted by Malayalam film superstar Mohanlal.

Kidilam Firoz, aged 39 years in 2022, is an excellent radio jockey who is appearing in Bigg Boss Malayalam Season 3. He exercises for hours in the gym every day to maintain his body and at the same time, he consumes a nutritious diet and fruit juice to keep himself healthy. The height of Kidilam Firoz is 5 feet 9 inches which enhances his personality and his body weight is about 74 kg. His eye color is black and his hair color is also black.

Kidilam Firoz was born into a Muslim family. His entire family believes in Muslim beliefs and also performs namaz for Allah. Apart from this, he respects all religions and celebrates Holi, Diwali, and Christmas. Kidilam Firoz’s father’s name is Abdul Aziz and his mother’s name is Nusaifa Beevi. Apart from his parents, he also has a younger brother named Faizal Abdul Aziz, who works as a unit head in My Concept Trivandrum Company. Kidilam marital status is married and her wife’s name is Veena Nair. Kidilam and Veena also have 2 twin daughters.

Talking about the total net worth of Kidilam Firoz, he charges a fee of ₹40k to ₹50k for each episode of Bigg Boss season 3, besides earning a good amount from, TV ads, and writing scripts for films.

Kidilam Firoz’s account is available on all social media platforms where he keeps sharing his latest photos and videos with his followers. The number of followers on his Facebook account is more than 421k where he keeps sharing the latest photos and photos. Kidilam has more than 53k followers on her Instagram account and has over 800 posts. He shares about three to four posts a week on his Instagram account. And is also present on Twitter where his number of followers is 40.

Apart from this, Kidilam also has a YouTube channel that has 8.77k YouTube subscribers. Kidilam Firoz is not currently available on Wikipedia. Below we have given you the links of all their social media profiles in the table, by clicking on which you can directly access their profile page where you can also follow them.

Some Interesting Facts About Kidilam Firoz:

This is the full details on Kidilam Firoz Biography, Age, Height, Father, Family, Wife, Net Worth & More. Please share this post with your friends and keep visiting us on celebwale.com for famous personalities and trending people’s biography with updated details. If you have any thoughts, experiences, or suggestions regarding this post or our website. you can feel free to share your thought with us.