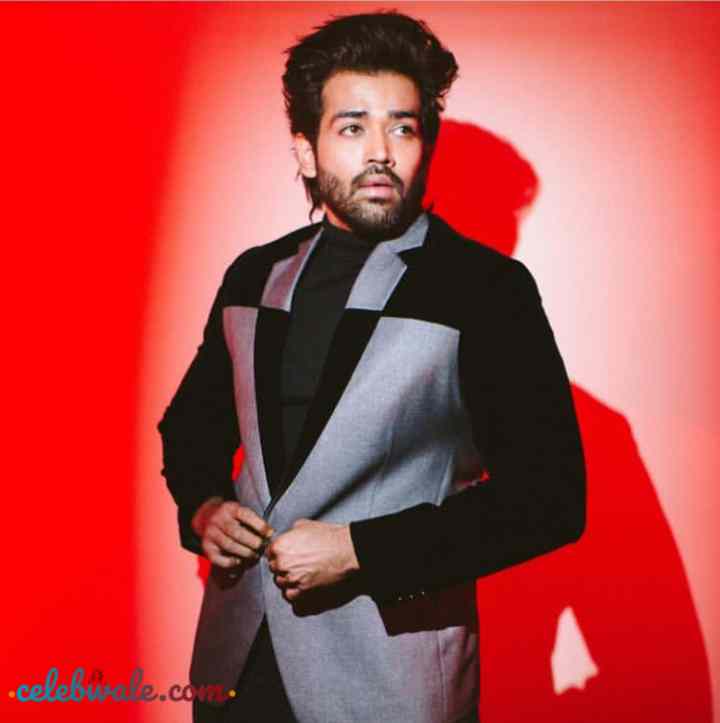 Karan Khanna was born on 6 December 1986 in Mumbai, Maharashtra. He is a noted dancer, actor, and stunt director of the TV industry. After completing his childhood school education in Mumbai, he completed his graduation in Mumbai.

Karan belongs to a well-known family, his family has made a unique contribution to the Bollywood Industry. Karan’s grandfather late Mr. Ravi Khanna has been an excellent action director in Bollywood during his time.

Karan’s father Bablu Khanna is also a brilliant stunt director in Bollywood and television industry and Karan too has got his passion for stunts from his family. Karan’s father trained him in stunts and he sometimes helps his father in his work.

Karan started taking dance training during his graduation, for which he took admission in Terence Lewis’s Dance Academy where he learned different forms of dance.

Terence Lewis is a well-known Bollywood choreographer and offered him a 3-year dance scholarship after seeing Karan’s dedication and love for dance. Karan became very happy after getting the dance offer from Terence and he immediately accepted the offer.

During these 3 years of dance training, Karan did a lot of shows for big brands like Nokia, ICICI, Toyota. During this, Karan got a chance to perform a dance with big superstars like Shahid Kapoor, Priyanka Chopra, Kareena Kapoor.

Karan Khanna is a well-known actor as well as a great dancer. She has also worked with Longinus Fernandes, a renowned international dance choreographer, who choreographed the song Jai Ho from the film Slumdog Millionaire.

Karan’s passion for dance and his mastery of passion took him to the USA where Karan learned to dance at the Martha Graham Dance School. After his mastery in dance, when he returned to India from the USA, he made his TV debut in the dance show Just Dance aired in 2011.

In this show, he gave a tough fight to all the contestants and reached the finals but he was the runner-up of the show, the dance master and veteran Bollywood actor Hrithik Roshan was the judge of the show.

Karan Khanna also took part in MTV’s dating show MTV Splitsvilla Season 9, which earned him popularity in the TV industry. After appearing on MTV’s show, he started getting offers from a lot of TV shows.

In the year 2018, Karan Khanna got the opportunity to make a debut in the tv serial industry from the Star Plus serial Ishqbaaz, where he played the role of Daksha Khurana.

Then, he played the lead role of Shikhar Shergill in the serial Divya Drishti aired on Star Plus in the year 2019. Now, he will be seen in the lead role of Babu in the Star India serial Amma Ke Babu Ki Baby in 2021. The serial will air from 8 February at 8:30 pm Monday to Friday.

Karan Khanna’s age is 35 years in 2021 and he belongs to the state of Maharashtra. Karan’s look is excellent, and he has made his body strong by hard work in the gym so that he can look very smart.

Karan Khanna’s height is 5 feet 7 inches, which is 173 centimeters. His body weight is about 72 kg, he takes a proper diet to keep his body fit so that his body measurement is 44-34-16. His eye color is black color, and his hair color is black.

Karan Khanna was born into a Hindu family, which was a prosperous family. His late grandfather Ravi Khanna was one of Bollywood’s best action directors, who has made significant contributions to Bollywood.

He had contributed to many big hits like Zanjeer, Amar Akbar Anthony, Sharabi. Karan Khanna’s father’s name is Babu Khanna, a well-known stunt director in Bollywood and TV industry and his mother’s name is Geeta Khanna, the owner of a jewelry line.

Karan also has a younger sister in the family named Ruchita Khanna and her marital status is unmarried but according to reports, she has an affair with TV actress Nyra Banerjee, who starred opposite Karan Khanna in Star Plus serial Divya Drishti. Karan’s girlfriend is named Nyra Banerjee and has no children.

Karan Khanna’s early schooling was completed in Mumbai, he passed his high school and intermediate examination from Bombay Cambridge School, Mumbai, and after that, he graduated from Mumbai University. During his graduation, Karan took admission to Terence Lewis Dance Academy and from there he trained in dance.

Seeing Karan’s dedication and passion for dance, Terence offered him a 3-year dance scholarship which he accepted and continued to learn dance and then went on to master dance in the US where he attended Martha Graham Dance School By taking admission, he mastered the dance by learning different dance formats.

Talking about Karan Khanna’s favorite things, his food habit is non-vegetarian, his favorite food is butter chicken and he is very fond of dancing and traveling. Below we are giving their favorite things on the table, you must read it once.

Karan Khanna has a net worth of $ 1 million to $ 5 million and his income source is acting in TV serials. He belongs to a rich family in India.

Karan is not available on Youtube. Here we are giving you the links of all their social media accounts related to Karan Khanna in the table below. By clicking on that link directly, you will reach their social media page and you can follow them if you want.

After this serial, he was seen in another serial of Star Plus, Divya Drishti. Now he is going to be seen in the lead role in a new show of Star India in the year 2021 called Amma Ke Babu Ki Baby.

Karan Khanna has also worked in some movies whose names we are sharing with you.

Some Interesting Fact About Karan Khanna:

This is the full details on Karan Khanna Wiki, Bio, Age, Height, Splitsvilla, Wife, Family, Father, Gf, Movies, Serials, Instagram, Net Worth & More. Share this post with your friends and keep visiting us on celebwale.com for famous personalities and trending people’s biography with updated details. If you have any thoughts, experiences, or suggestions regarding this post or our website. you can feel free to share your thought with us.