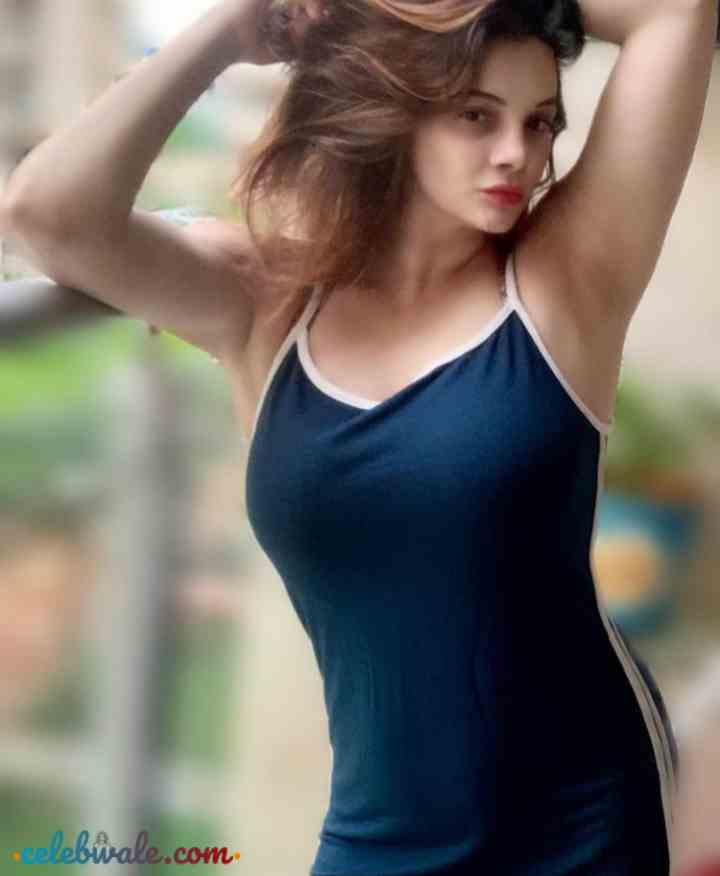 Kanika Maheshwari was born on 24 April 1981 in Aligarh, Uttar Pradesh. A few days after her birth, Maheshwari’s family shifted to New Delhi, from where Kanika completed her graduation.

She is that the only child of her parents, who learned the art of Vastu Shastra and color therapy after their graduation. After graduation, she improved her acting talent by taking admission to the acting academy.

Seeing the talent of Kanika’s acting, her teacher and mentor advised her to go to Mumbai and inspired her to pursue a career in acting.

Admitting to her teacher and mentor, Kanika moved to Mumbai where she auditioned hard for several serials. Her hard work paid off and Kanika got a chance to make her debut in the year 2001-02 with the TV serial Kabhi Aaye Na Judai.

Kanika partnered with her husband Ankur Ghai on the show Nach Baliye in 2013 and she was doing well too, but she got injured in the middle of the show and had to go away from the show midway.

After making her debut in the TV industry, she did not look back and with her hard work, discipline, and dedication to work, she wrote a new chapter of success.

Kanika first came into the limelight when she played the role of Meenakshi in the Star Plus serial Diya Aur Baati Hum, which was well received by the TV audience. Kanika is a lucky charm for the TV industry as whatever serial she works in proves to be a serial hit.

Kanika Maheshwari is a prolific actress in the Indian television industry, the serial she has worked on so far has proved to be a hit, she proves to be a lucky mascot for her serial.

Kanika holds Believe in Vastu Shastra, she has also studied Vastu. She considers Mahatma Gandhi as her ideal and tries to follow his principles. Kanika has played different characters beautifully in various serials.

Her performance is an award-winning performance in every serial, she plays her role very well and everyone becomes her fan. Kanika’s self-confidence, hard work, punctuality, and perseverance with her acting and cheerful face make her completely different from others

Kanika has won many awards in her life, and the number of awards will continue in the future. She won the Zee Gold Awards for playing the best negative character in the year 2012-13.

She reprised the role of Meenakshi Vikram Rathi within the sequel Diya Aur Baati Hum, Tu Suraj Mai Saanjh Piya ki. Kanika will be seen in the role of a widower on the upcoming Sony TV serial Kyun Utthe Dil Chhod Aaye in the year 2021. The serial will be aired on the Sony TV channel from 25 January to 9 PM from Monday to Friday.

Kanika Maheshwari’s age is 40 years in 2021 and she belongs to the state of Uttar Pradesh. She is so young, a beautiful hot actress, with an attractive personality and has a perfectly shaped body.

Kanica follows a strict diet rule to keep herself fit and fine and healthy and to maintain her body figure. She is one of the beautiful actresses in the Hindi Tv industry.

Kanika Maheshwari has a Stunning figure and she is 152 cm tall which a height is 5 feet 0 inches. Kanika has a keen interest to maintain her body fitness her weight is 50 kg or 110 lbs.

She is very health conscious she always takes care of her looks and appearance. She visits the gym regularly and her figure measurement is 34-27-37 and she has attractive and beautiful Black hair and Black eyes.

Kanica is the only child of her parents and has no brothers and sisters. Kanika Maheshwari’s husband’s name is Ankur Ghai and her marital status is married who is an actor and businessman. Kanika has also a baby son Reyansh Ghai. Kanika Baby child Reyansh’s age is just 4 years in 2021.

But today we are giving you the links of all their social media accounts in the table below. By clicking on that link directly, you will reach their social media page and you can follow them if you want. Kanika has an official Youtube channel name Kanika Maheshwari.

Kanika Maheshwari has been worked in many serials and she got fame from the Star Plus Tv serial Diya Aur Baati Hum. Kanica has been done an important role in Sony Tv Hindi serials Kyun Utthe Dil Chhod Aaye and she is one of the main lead actresses of the TV world.

For the role of Meenakshi Rathi in Diya Aur Baati Hum, Maheshwari has won the following awards.

Some Interesting Fact About Kanika Maheshwari:

This is the latest information on Kanika Maheshwari Biography, Wiki, Age, Height, Father, Husband, Child, Baby, Net worth, Serials, Instagram & More. Share this post with your friends and keep visiting us on celebwale.com for famous personalities and trending people’s biography with updated details. If you have any thoughts, experiences, or suggestions regarding this post or our website. you can feel free to share your thought with us.