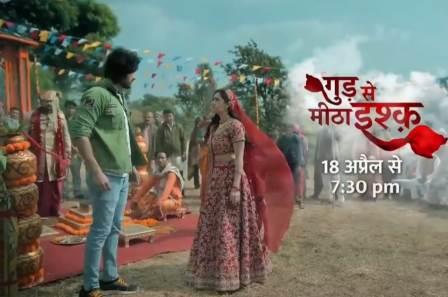 Gud Se Mitha Ishq is a new serial aired on the Star Bharat channel which is based on the love of a girl Kajal and a boy Neil. Recently, the makers of the show have released the trailer in which Kajal is seen helping Neil at night.

After that, her father gets angry and raises his hand to kill her when Neil comes there and saves Kajal and says last night she was with me, and marries her. Serial looks very promising from its trailer.

This is the full details on Gud Se Mitha Ishq (Star Bharat) Tv Show, Cast, Timings, Story, Real Name, Wiki & More. Share this post with your friends and keep visiting us on celebwale.com for famous personalities and trending people’s biography with updated details. If you have any thoughts, experiences, or suggestions regarding this post or our website. you can feel free to share your thought with us.