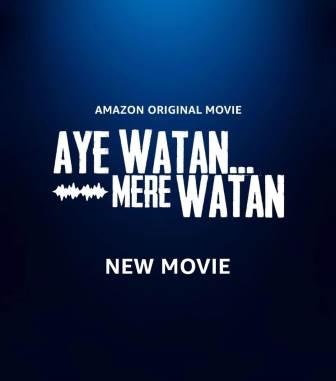 A new movie Aye Watan Mere Watan from Amazon Prime Video has been announced and it will be released on the OTT platform in 2023. In the film, we will see Sara Ali Khan in the lead role of Usha Gupta. The movie will be a patriotic movie based on the life of freedom fighter Usha Gupta. Usha Gupta was a freedom fighter during the Quit India Movement of 1942, who had set up an underground radio station to provide news without caring for her life.

She supported the people who joined the movement by taking significant personal risks, to maintain the spirit of freedom among the Indians. Usha Gupta died on 11 August 2000 at the age of 80. The film is produced by Karan Johar and is being produced under his banner Dharmatic Entertainment. Kannan Iyer is directing the movie which is likely to release in 2023.

This is the latest information on Aye Watan Mere Watan (Prime Video) Release Date, Wiki, Cast, Trailer & More. Share this post with your friends and keep visiting us on celebwale.com for famous personalities and trending people’s biography with updated details. If you have any thoughts, experiences, or suggestions regarding this post or our website. you can feel free to share your thought with us.