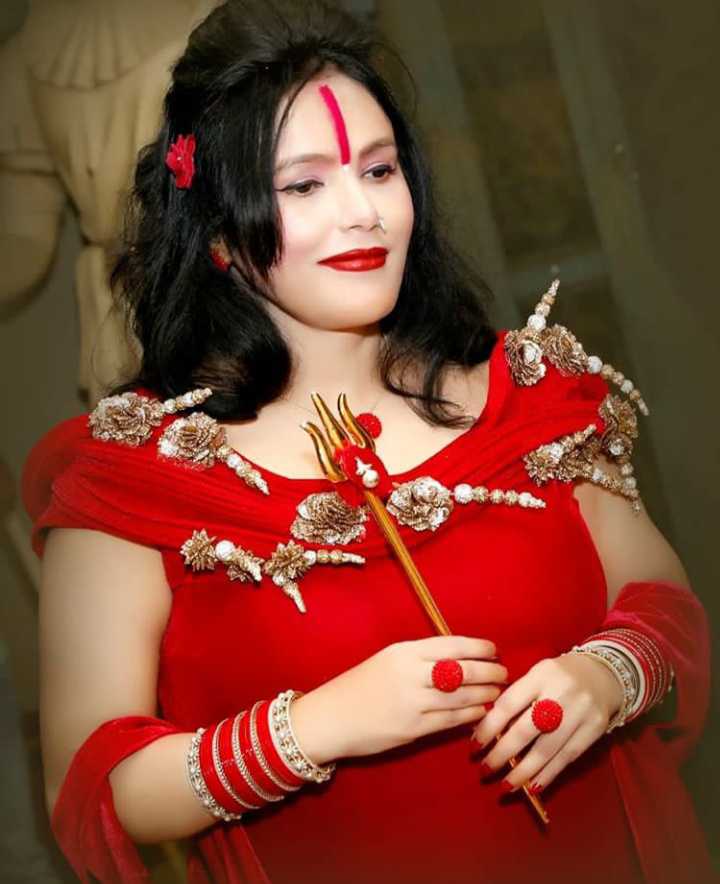 Radhe Maa was born on 04-04-1965 in Dorangala, Gurdaspur, Punjab, India. Her real name is Sukhvinder Kaur and her father’s name is Sardar Ajit Singh who is SDC at Punjab State Board Electricity. She is an Indian Religious Leader & Social Worker who is known as God Woman.

Radhe Ma is an Indian spiritual guru and god woman who claims herself as a reincarnation of Goddess Durga. She is the founder of the Shree Radhe Guru Maa Charitable Trust in Mumbai.

In the year 1988 Mahant Ram Deen Das give her the title of Radhe Ma. She is always ready to help the poor and needy people. And now this time She has millions of Devotees.

After her husband went to Qatar for the purpose of a job then she joined Paramhans Dera. In 1988, she became the disciple of Mahant Ram Deen Das.

In 2020 according to the reports, Radhe ma is the highest-paid celebrity being paid ₹25 lakh to be a part of Bigg Boss 14 which is telecasting on Colors TV from 3rd October 2020.

Radhe Maa’s real name is Sukhwinder Kaur. She was born on 4 April 1965. She has only studied up to class 10.

She was born in Dorangala village in Gurdaspur district of Punjab, her followers say, she spent a lot of time in a Kali Mandir (temple) in childhood, however, people in her village do not believe it.

At the age of 17, she was married to Mohan Singh. Along with her husband’s small income, she also used to stitch clothes at a shop of her brother.

Her husband moved to Doha (Qatar) in search of a better job, at the same time she was attracted to spirituality, and at the age of 23, she became a disciple of Mahant Ram Deen Das of Paramhans Bagh Dera Mukerian in Hoshiarpur district.

Ram Din Das, under the supervision of Tantric initiation, gave him the knowledge and gave him the name of Radhe (“Radha Maa”).

Radhe Ma likes to wear red clothes, apply a red big tika, her height is 5 feet 7 inches. Her religion is Sikh, her eyes and hair color are black.

She weighs 72 kg. She has knowledge of Hindi, English, and Punjabi languages. She likes dancing to Hindi songs and English songs.

Radhe Ma belongs to a Punjabi Sikh family. She is the daughter of Sardar Ajit Singh (SDC at the Punjab Electricity) and her mother’s name is Julie, who died when Radhe maa is a child Board and she got married to Mohan Singh.

Nowadays She is Known as God Woman and an Indian Religious Leader & Social Worker.

Now she has two main disciples Talli Baba and Chotti Maa, they both are also referred to as her left and right hand.

Radhe Ma’s favorite actress is Sunny Leone and her favorite color is red. She likes to watch cricket and her hobby is dancing.

Radhe Maa is very active on her social media accounts. She likes to make tik tok videos and share photos on Instagram. Her full office address is on the table and she also makes a website for his bhakts and follower.

Radhe Maa debuted on TV from the show Big Boss in 2020.

Some interesting fact about Radhe Ma:

Story Of Radhe Maa To As Spiritual Leader:

During her early years in Mumbai, Sukhwinder Kaur often used to go to Hoshiarpur and Kapurthala in Punjab for satsangs, but when she became more of her follower in Mumbai, she stopped going there. Sanjeev Gupta of the Gupta family became the manager of “Shri Radhe Guru Maa Charitable Trust”.

With the help of the owner of a city-owned hoardings global advertiser, Gupta promoted Kaur’s divination through billboards across the city.

Today, a temple named after him and an ashram in Khanpur village is 2 km from Mukerian. Her colleagues and followers named her Radhe Maa for some time in the 1990s.

Many celebrities worshiped her like a goddess, but some charges were also placed on them. Politician and reality TV show actor Rahul Mahajan blamed them for dancing and wearing short dresses, but Sanjeev Gupta and his family denied this.

It was alleged by Nikki Gupta that she wears colorful clothes and makes up. Why does she not wear sannyasin clothes, then Sanjeev Gupta explained to her that her devotees do not allow her to do so. Another controversy of Radhe Maa is because of her name, Juna Akhada objected to Radhe Maa’s name.

Many followers want to create a lifestyle on Radhe Maa, it is also heard that Mallika Sherawat will play the role of her leading personality.

On 6 August 2015, the Mumbai police announced him to be absconding in an alleged dowry harassment case and issued a lookup notice against him.

This is the latest information on Radhe Maa Spiritual Guru Biography (BIG BOSS 14), Wiki, Age, Height, Real Name, Story, Husband, Net Worth & More. Share this post with your friends and keep visiting us on celebwale.com for famous personalities and trending people’s biography with updated details. If you have any thoughts, experiences, or suggestions regarding this post or our website. you can feel free to share your thought with us.