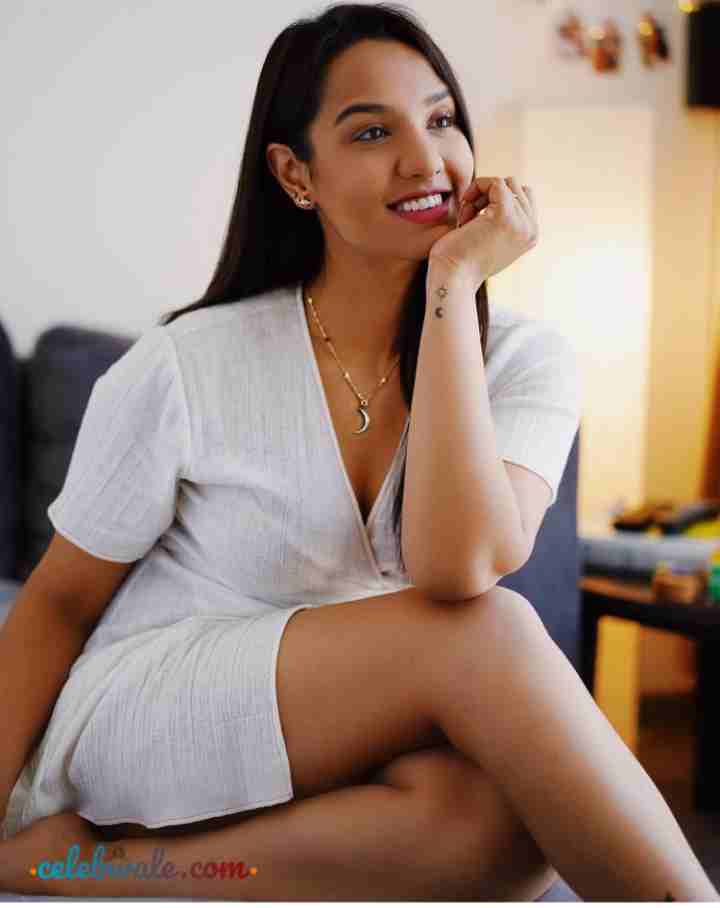 Priyanka Karki was born on 27 February 1987 in Lazimpat, Kathmandu, Nepal, she hails from Nepal, whose real name is Sukumari Karki, and people fondly call her Prinki. Priyanka Karki received her school education in Kathmandu itself. She had a desire to enter the modeling, fashion, and designing industry right from her school days.

Karki being a very beautiful and talented girl, started to try modeling from the early days of her age, and she participated in the Miss Teen Nepali beauty pageant in 2005 and also won the title of Miss Teen Nepali including the subtitles Miss Talent Awards, Miss Intelligent, and Miss Bikini Awards. She went to the USA to pursue her graduation, where she earned her degree in filmmaking. There she worked on a small movie project Bhulne Po Ho Ki. Priyanka moved to Kathmandu from the US in 2011.

Karki is a good model as well as a VJ, she has also acted as an anchor in the show Glam Factor and Celluloid aired on Kantipur television. After returning to Kathmandu from the US, Priyanka played a double role named Diya & Liza in the 2012 film 3 Lovers and started her film career with the film. The film could not do anything amazing at the box office but Karki won the OFA Award for Best Debutant Actress for the film.

Then she played the role of Kaavya in the 2013 release movie Kollywood for which she was nominated for the National Film Awards for Best Actress. Karki played the lead role of Srishty in the first Nepali 3D film Vigilante 3D, in the year 2013. This movie was the first 3D movie in Nepal’s film history. After this, she worked in many movies which broke many records at the box office.

Priyanka Karki is a very talented and beautiful actress in the Nepal movie industry, who was attracted to the glamorous world since childhood. She won many titles like Miss Intelligent, Miss Bikini, and Miss Talent, including Miss Teen Nepali 2005 at the age of 18. She participated in the Miss International UNA Beauty Contest during her studies in the US, where she was a Top 5 finalist. In her film career, she has worked in many films and won many awards.

Karki was seen as a prostitute named Riya in the film Jholay released in 2014, opposite Dayahang Rai in the film. The film Jhole grossed more than 10 million at the box office, and Karki’s performance in the film was well received and liked by the audience and she got appreciation for her acting by the critics. Karki’s next big film was Nai Na Bhannu La 2 with Suraj Singh Thakuri, the film grossed over 4 million Nepali rupees at the box office and proved to be successful.

Karki was honored with several awards for her outstanding performance in both these films. She played the role of Shubhani in Priyanka’s next film Awaran but the film did not run at the box office and proved to be a flop, although Karki launched herself as a playback singer in the Nepali Singing Industry from this film and became a good singer. Priyanka has also worked in many music videos, she was also involved in the song Guras Fulyo Banai Bhari by Kishore Sivakoti and legendary Indian singer Asha Bhosle.

Karki then starred in the song Surke Thaili Khai, the video music song became the first Nepali song to reach 20 million views on YouTube. Priyanka played the role of a police inspector named Sheetal in Shatu Gatey, a family drama film that came out in the year 2018, her performance in this film was so tremendous that the film joined the club of films earning crores of rupees in just 2 days and engaged in theater for more than 100 days, the film became one of the most successful films in the Nepali movie industry. To know more about Priyanka Karki in the upcoming headings, please scroll down to read further headings.

When Priyanka Karki bought a car, she proudly told the people that she had bought this car with her hard-earned money. But this news of hers failed to live up to her expectations as she thought, and the internet media started accusing her that Priyanka bought this car from the money of the earthquake victims fund.

Priyanka Karki age is 35 years old, she hails from Kathmandu, the capital city of Nepal. Karki is a versatile actress who pays extreme attention to her body. She goes to the gym regularly to stay fit and takes a very lean meal so that her looks are fantastic. She likes to eat nutritious food and fruits, which makes her look very hot and sexy. Priyanka Karki’s height is 5 feet 6 inches which is 168 centimeters, her body weight is 55 kg. Karki has a figure measurement of 32-26-34, and her hair is black, and her eyes are also black.

Later this relationship could not go on for a long time and both decided to get divorced in 2013. Karki then turned her attention to films and became the star actress in the Nepali movies industry. Priyanka has also had an affair with Dayahang Rai and Ayushman DS Joshi. Both of them were also her boyfriends. But in 2016, Priyanka started dating Ayushman DS Joshi and soon the two came close to each other.

In the meantime, they thought it okay to give a name to their relationship and got engaged on 14 July 2018. After that, both of them got married in July 2019. Thus Ayushman DS Joshi is the husband of Priyanka Karki.

Talking about Priyanka’s favorite things, her favorite actor is Johnny Depp and her favorite actress is Marilyn Monroe and Priyanka Chopra. Karki is very fond of traveling, she keeps posting pictures of her picnic destination on social media. Her favorite places to visit are Goa, Dubai, London, Mauritius, and the Maldives. In the table below, we have given a list of all their favorite things that you must read once.

Priyanka’s account is present on all social media platforms, where she keeps uploading her hot photos, which keeps her in the headlines. Fans have a lot of craze about them, she is popular on social media due to her hotness. Below we are sharing the links of all their social media accounts with you, by clicking on which you will be able to access their profile directly.

On Twitter too, her number of followers exceeds 122k. Priyanka also has a YouTube channel which she created in the year 2016, her YouTube channel has more than 184k subscribers. She keeps making different kinds of videos on her channel to reach the audience. Karki has also created a website for his fans, where fans can connect with him. Priyanka Karki is also covered in Wikipedia, you will be able to access her Wikipedia page directly by clicking on the link given below.

Karki has worked as a VJ in some TV serials, her first TV serial being Celluloid in which she was the anchor of the show. In the table below, we have given the names of all the serials.

PriyaPriyanka Karki has worked in many movies in her career, she started her career with the Nepali movie 3 Lovers in which Karki played a double role, the movie was released in the year 2012. Priyanka has worked in a lot of Nepali movies, but she earned a name in the film world from the 2014 film Jholay, grossing over 10 million at the box office. She played the role of Saru in the film Nai Nabhannu La 2, released at the end of this year, in this movie, she won many awards by doing her tremendous acting. Below we have given the list of all her movies, you must read them once.

Priyanka Karki has won many awards in her life, she is a very big star actress in the Nepali movie industry. She has wanted to go into the glamorous world since childhood. She won the Miss Teen Nepali 2005 title due to her beauty and talent in childhood, along with this title she also won Miss Intelligent, Miss Bikini, and Miss Talent Awards.

Some Interesting Facts About Priyanka Karki:

This is the full details on Priyanka Karki Biography, Age, Height, Husband, Family, Father, Net Worth & More. Please share this post with your friends and keep visiting us on celebwale.com for famous personalities and trending people’s biography with updated details. If you have any thoughts, experiences, or suggestions regarding this post or our website. you can feel free to share your thought with us.