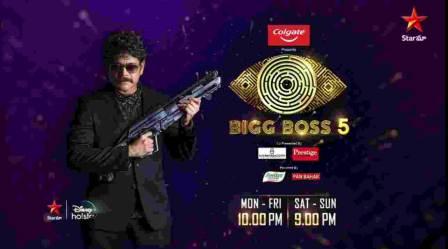 Bigg Boss Telugu is a popular reality show aired on 5th September on the channel Star Maa, which is being liked a lot in Telangana and Andhra Pradesh.

Some strong energetic young contestants were seen in this 5th season of the show.

This year the show is being hosted by Akkineni Nagarjuna, he had hosted two seasons of the show Bigg Boss even before this. Now he is seen hosting the 5th season of Bigg Boss Telugu this time.

In season one, all the contestants are seen giving a tough competition to each other, but the contestants who have entered the wild card make the process of winning the show even more difficult.

Bigg Boss Telugu Season 5 is being broadcast on the Star Maa channel from 5th September every evening at 6 pm.

Note: These are the list of the selected contestants who may participate in the Bigg Boss Telugu season 5. keep visiting us on celebwale.com for the latest update and such an entertaining post.

This is the full details on Bigg Boss Telugu Season 5 Contestant List, Contestant Name List With Their Photo, Telecasting Time, Repeat Telecast Timing & More. Share this post with your friends and keep visiting us on celebwale.com for famous personalities and trending people’s biography with updated details. If you have any thoughts, experiences, or suggestions regarding this post or our website. you can feel free to share your thought with us.