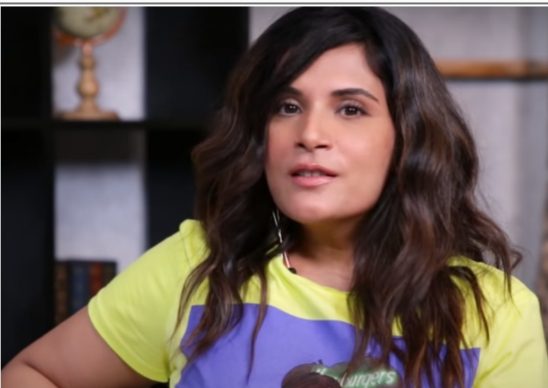 Indian actress Richa Chadha speaks out on the rich history of cannabis in India, the numerous potential benefits, and its widespread use during festivals.

Indian actress Richa Chadha didn’t pull any punches in a Twitter tirade targeting critics of cannabis in India. Well-known for her outspoken, direct attitude, the vocal star lamented the ignorance of the herb’s history.

The investigation took a turn when it emerged that “drugs” were involved. Insinuating cannabis was to blame misses the mark, insists the five-foot-five dynamo.

“Cannabis is one of the five sacred plants mentioned in the Atharva Veda. There are several references to weed in our texts,” she wrote.

She’s right, too. Ayurveda is the traditional Hindu system of medicine, incorporated into the fourth book of the Vedas. The scriptures denote recreational cannabis as a toxic substance but ascribe medicinal value.

The Anandakanda reference book describes the therapeutic effects of minerals and has an entire chapter on marijuana. It details cultivation, toxicity, purification methods, preparation, and use.

“The name ‘indica’ literally means ‘from India’,” adds Chadha, whose net worth has climbed to $4 million.

Experts think Cannabis indica originated on the Indian subcontinent, or perhaps Afghanistan. Lamarck, the European botanist who first classified the plant, received his samples from India, hence the name.

Chadha also chided the older baby boomers who continue to lump cannabis in with hard drugs. This attitude endures despite a general relaxation on the sale of weed worldwide in response to evidence of merit.

She raged: “The world is waking up to the medical benefits of marijuana, and we have boomers frothing at the mouth shouting DRUGS!”

The outspoken actress also had some pointed advice for her elders: “Please do some research, stop insulting this gift of Soma.”

The Soma she refers to is an intoxicating juice from a disputed source that people drank as an offering to the gods. It’s also a drink of immortality in Vedic rituals, and some worship Soma as a personified deity.

“Bhang is even legal on Maha Shivaratri and Holi!” she added.

Maha Shivaratri is a February festival to honor Shiva, the Hindu god of transformation. Holi is the fabulous festival of color celebrating new beginnings in March. A laid-back attitude to weed characterizes these celebrations.

Interesting Facts About Marijuana in India

Cannabis in India has a long history. Shiva devotees and sadhus suck on chillums, or proponents of mystical Sufism burn hashish for spiritual and divine contemplation.

There’s evidence of its use over the past 4,000 years, and consumption is increasing. In 2018, German Data company ABCD rated New Delhi and Mumbai third and sixth worldwide in annual cannabis consumption. Here are a few interesting nuggets:

Her father owns a management firm, while her mother is a professor of political science at Delhi University. She also has four brothers.

She legally married fellow actor Ali Fazal in 2020, finally celebrating the union at the end of September 2022 due to Covid19. The festivities started in Delhi, moved to Lucknow, and concluded with a big bash in Mumbai.

Chadha got her big break in 2008 in a movie called Oye Lucky! Lucky Oye! Her supporting role drew praise from many quarters, including Rajeev Masand, who called her a “revelation.”

She was back in front of the lens in 2010, landing the role of Fedora in the comedy feature Benny and Babloo. Again she impressed with a “standout and confident portrayal.”

Her breakthrough came in 2012 when she landed the pivotal role in director Anurag Kashyap’s crime epic Gangs of Wasseypur – Part 1. The movie premiered at the Cannes Film Festival.

The 2013 release of the coming-of-age comedy Fukrey provided Chadha proper recognition for the first time. She then shone in the highly-affecting 2015 film Masaan, which debuted at Cannes and won two prestigious awards.

She reprised her role as Bholi Punjaban for the sequel Fukrey Returns in 2017. The movie was a huge hit and remains Chadha’s most tremendous commercial success.