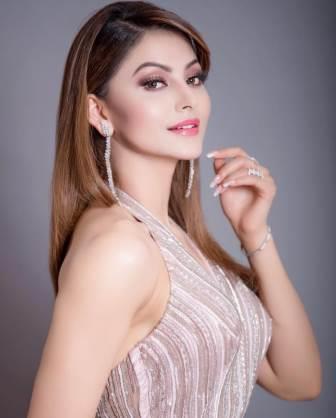 Urvashi Rautela is an Indian model and film actress known for her performances in Hindi films. She was born on 25 February 1994 in Kotdwar, Haridwar. She received her early education from DAV School in Kotdwara. She was a basketball player during her schooling and also used to participate in inter-school basketball competitions. After finishing schooling, she moved to Delhi and graduated from Gargi College there. Although she could not complete her graduation due to her regular participation in fashion shows, later when she won many fashion shows at the world level, her college awarded her a graduation degree as an honor.

Rautela was active in modeling since childhood. She also had the full support of his parents. She also received many types of modeling training. She started participating in modeling competitions and pageants right from her school days. She won many beauty pageants like ‘Miss Teen India 2009’, ‘Indian Princess 2011’, ‘Miss Tourism Queen of the Year 2011’, and ‘Miss Asian Supermodel 2011’. In 2012, she won the title of I AM She – Miss Universe India. Although Urvashi had to give up the crown due to her young age at that time.

After winning several beauty pageants in 2011 and 12, she started getting offers to work in Bollywood movies. Accepting this, Urvashi made her debut with the role of Minnie in the 2013 film Singh Saab The Great. After this, in 2014, she appeared in Punjabi singer Honey Singh’s popular song Love Dose. In 2015, she again participated in the Indian beauty contest where she was crowned Miss Diva 2015. Rautela then represented India at the Miss Universe 2015 pageant. In 2015, Urvashi gave her special appearance in Daddy Mummy, a song from the Bhaag Johnny movie, which made her very popular among the people.

In 2015 itself, she made her debut in the Kannada industry with the role of Priya in the movie Mr. Airavata. In 2016 she appeared in the lead role in films like Sanam Re and Great Grand Masti. Urvashi has so far worked in films like Hate Story 4 (2018), Pagalpanti (2019), Virgin Bhanupriya (2020), and The Legend (2022). Her upcoming movies are Dil Hai Gray and Black Rose which is all set to release in theaters soon.

Urvashi Rautela got into controversy when she said in one of her interviews that a person named RP was waiting for hours in a Delhi hotel to meet her. In the name of RP, she wanted to target Rishabh Pant only. After this, Rishabh Pant also replied and shared the Instagram story with the people. He wrote in that story, Mera Pichha Chhodo Behan Jhooth Ki Bhi Ek Limit Hoti Hai. Yah Kafi Mazakiya Hai Jis Tarah Se Log Popularity Ke Liye Jhooth Bolte Hai. Dhukh hota hai dekhkar kitna bhukhe hai log fame aur name ke liye. Bhagwan uska bhala Kare.

After that, the social media war started between Rishabh and Urvashi. After sharing Rishabh’s story, Urvashi also replied while sharing her Instagram story and wrote, “Chhotu Bhaiya ko bat bowl Khelna Chahiye… Main koi Munni Nahi hu Badnam hone ke Sath young kiddo darling tere liye#Rakshabandhan Mubarak ho. Pant calmed down after this but Urvashi did not stop there, while sharing a video on Instagram, she wrote the caption I Saved your reputation by not telling my side of the story.

Urvashi Rautela’s age is 28 years old in 2022. She is one of the top Bollywood celebs who are known for their beauty. She also keeps uploading bold photos on social media, so that her fitness can be gauged. She maintains her body all the time and spends most of her time exercising in the gym. Urvashi Rautela’s height is 5 feet 6 inches, which is 168 cm. Her body weight is 55 kg and Rautela’s body measurement is 34-26-34. Her eye color is Black and her hair color is Black.

Rautela was born in Dehradun in a Hindu Rajput family. Her entire family believes in Hinduism and worships Hindu deities. Urvashi Rautela’s father’s name is Manvar Singh Rautela and her mother’s name is Meera Rautela. She also has a younger brother named Yashraj Rautela in her house. Rautela’s marital status is currently unmarried. Her affair has been with cricketer Rishabh Pant. There was a time when the Indian cricket team’s wicket-keeper Rishabh Pant was her boyfriend but now the relationship between both of them is ended.

Urvashi Rautela total net worth is more than ₹50 crores. Her monthly income is above ₹50 lakhs. She has worked in many Bollywood films where she charges around ₹3 crores per film. She has also worked on many video songs, for which she charges a fee of ₹40 lakhs to ₹45 lakhs. Most of her earnings come from modeling and brand endorsements. She has also been a showstopper for many big fashion designers. Urvashi is very fond of traveling in expensive vehicles.

According to a report, she has expensive vehicles like Mercedes S Coupe S 500, Range Rover Evoque, Mercedes B 200, BMW 5 Series 520 D, and Ferrari 458 Spider. Rautela also owns a luxurious home in Mumbai which includes amenities like a beautiful lounge area, personal gym, and cinema hall. She has got her house completely custom designed which contains lots of expensive interior items and paintings. She has also invested in real estate properties.

Some Interesting Facts About Urvashi Rautela:

This is the full details on Urvashi Rautela Biography, Age, Height, Family, Education, Husband, Net Worth & More. Please share this post with your friends and keep visiting us on celebwale.com for famous personalities and trending people’s biography with updated details. If you have any thoughts, experiences, or suggestions regarding this post or our website. you can feel free to share your thought with us.