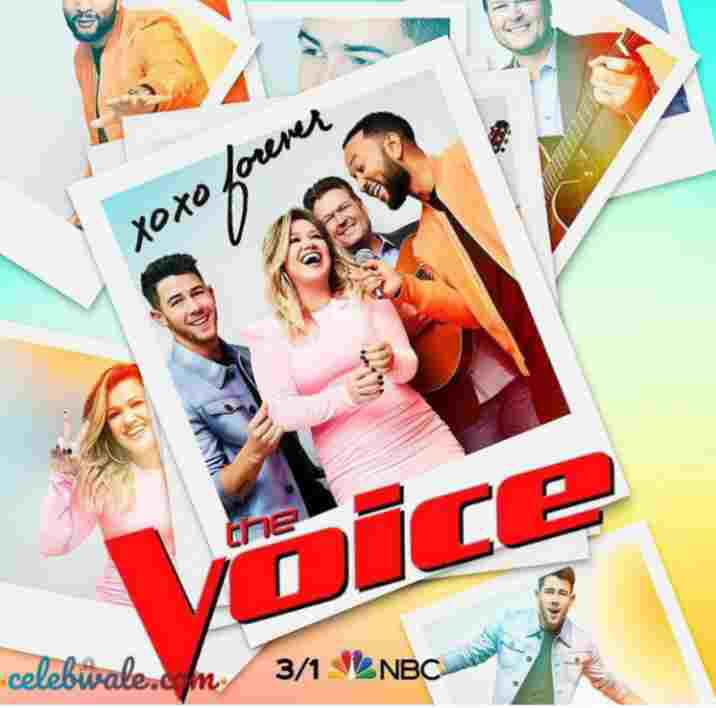 “Season 20” of the voice American Reality television series started on March 1, 2021. This show is being telecast on NBC (National Broadcasting Company). The coaches who are named for this season are Kelly Clarkson John Legend, Nick Jonas, Blake Shelton, and Kelsea Ballerini (guest). This is the 20th season of Blake Shelton being a coach.

Similarly, for Kelly Clarkson, this is her 7th season and John Legend came this time for his 5th season. Nick Jonas will be a coach this time for his second season. Kelsea Ballerini will be there as a guest coach, filling in Clarks on during the Battles round.

Carson Daly is the host of this season He has been the host of this television series since the very beginning. As for as coaches are concerned it was announced by NBC on November 17, 2020, that there would be a change for this season. Gwen Stefani refused to return as a coach. This paved the way for Nick Jonas to be on show as a coach for his second season.

Quick Info About Show The Voice US Contestant 2021:

The show aired on ABC Network on March 1, 2021. The show includes some contestants as wild card entries. The show is headed by four coaches Kelly Clarkson, John Legend, Nick Jonas, Blake Shelton while the show is being hosted by Carson Daly.

This is the full details on The Voice US 2021 Contestant New Show, Telecast Time, Singing Show & More. Share this post with your friends and keep visiting us on celebwale.com for such an entertaining post. If you have any thoughts, experiences, or suggestions regarding this post or our website. you can feel free to share your thought with us.

1 thought on “The Voice US Contestant 2021, Judges, Telecasting Time, Elimination and More”