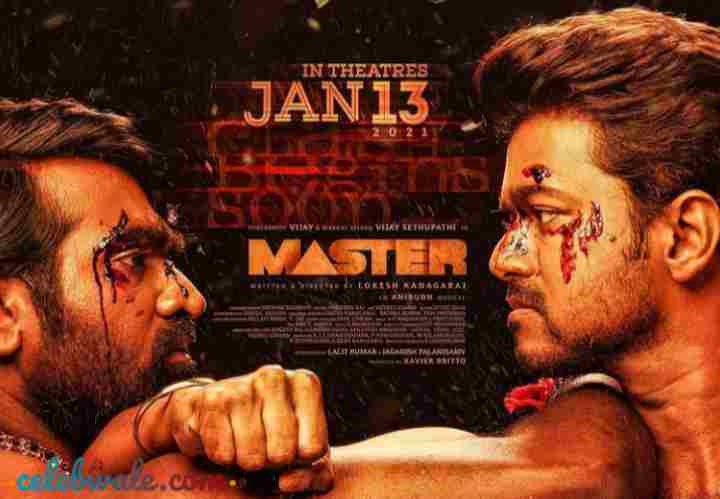 Today, we talk about the film Master. In this film, you will see Vijay and Vijay Sethupathi in the lead roles. Apart from all this, Malvika Mohan, Shantanu Bhagyaraj, and Arjun Das will also be seen in the lead roles.

The film has been released in Tamil, Telugu, Malayalam, and Kannada on the occasion of Pongal on 13 January at the theater. And, On January 15 this move has been also released in the Hindi language.

This is Vijay’s first Hindi dubbed film released in theaters. The film has created a Tsunami at the box office. The film has earned more than expected.

In this film, you will get to see everything like this film is full of action drama, and suspense. The director and writer of this film are Lokesh Kanagaraj. While its music was composed by Anirudh Ravichandra.

The background music of this film is very tremendous. The content and story of this film will continue to engage the audience. Looking at all these things, the film’s makers have decided to release it on the OTT platform as well.

If we talk about the story or plot of this film, then the story of the film is something like this. The film is the story of a college professor who wants to reform criminals but who himself is trapped in the clutches of a goon whose aim is to build his own empire of crime with the help of these criminals.

In the film, the professor seems to be trying hard to improve the criminals, but the person who wants to create a world of Jairam due to them is very vicious and knows which tricks he has to adapt to fulfill his intention.

Whether it is Shanthnu Bhagyaraj and Arjun Das, both actors have acted at the top level in the film and both have been able to deliver the message which was thought by director Lokesh Kanakraj to direct this film.

Talk about Master and the kind of film that director Lokesh Kanakraj can not be denied in any case.

Lokesh knows very well what the audience likes today, especially the people of the south. The way Lokesh has made a villain a hero in the film and his efforts are like Bollywood and Bollywood producers-directors should take inspiration from the ways of their work.

The film begins with Bhavani. Bhavani is a teenager sent by the reformer to a man who has killed his entire family.

Regardless of what improvement takes place in the reforming house, Bhavani becomes such a young man, who, by mere thinking, gets into a rage. Bhavani is no less than a ruthless monster in the film.

Because Bhavani’s childhood was very complex, he fights the system and seeks his help to build his empire, which has just set foot in the world of crime.

Vijay’s role in the film may be positive, but since Vijay Sethupathi’s role is strong to such an extent, both he and the director might have faced tough challenges for the positive role.

In the film, Vijay is in the role of JD(John Durairaj), whose entry was done with a hero, but the thing is the same again, Vijay Sethupathi (Bhavani) is very heavy.

It is shown in the film that JD makes every possible effort to improve the offenders but the fear of Bhavani forces the criminals to return to the world of crime. In the film, JD is a professor in a college in Chennai.

Even if his job is to teach reading. But as he has his style, the person who meets him talks to them in their language. JD is sharif in the front of Sharifs and he is a goon for goons.

The rest is bound to love students when the professor is domineering. The same is shown in this film. JD leaves some college and goes to the reform house where Bhavani is running his show.

The film is full of suspense in addition to the action. Everything is perfect in the film like acting songs music and direction. As we have already mentioned above, Director Lokesh Kanakraj is the life of this film, so if you want to see a completely new way of cinema then this film is for you.

At the same time, if we talk about the cinematography of the film, then the way the film is shot, many things will be understood only by watching the scene. In the end, just watch the film. Sure, look. We claim that you will not be bored. You will get will be beyond your imagination.

This is the latest information on Master Movie Star cast release Date, Trailer, Review, Starcast. Roles, Story, Photos & Videos. Share this post with your friends and keep visiting us on celebwale.com for famous personalities and trending people’s biography with updated details. If you have any thoughts, experiences, or suggestions regarding this post or our website. you can feel free to share your thought with us.