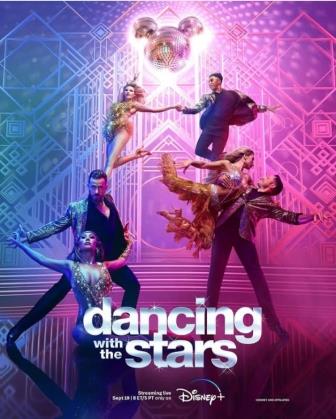 Dancing With The Stars 2022 Plot/Story:

Dancing with the Stars 2022 is the 31st edition of an American reality dance TV show that aired on Disney+ from September 19, 2022.

This is the first live show contest to be aired on the disney+ streaming platform. Tyra Banks will be seen hosting the show with her co-host Alfonso Ribeiro. Celebrities like Carrie Ann Inaba, Len Goodman, Bruno Tonioli, and Derek Hough will be seen as judges on the show.

The makers launched the promo of the show on 18 August 2022, in which professional dancers like Daniella Karagach, Pasha Pashkov, Artem Chigvintsev, Witney Carson, Brandon Armstrong, and Cheryl Burke were seen participating.

A total of 16 professional dancers are participating in the show along with their partners in the show dancing with the stars 2022.

This year, the 31st season of the dancing with the stars 2022 show will be hosted by Tyra Banks. Dancing with the Stars is an American dance competition show that is the US version of the UK series Strictly Come Dancing.

Dancing with the stars 2022 show format is primarily based on a pair of celebrity and professional dancer who tries to impress the judges with their best dance performances and also solicit votes from the audience to stay on the show.

Based on the points received from the judges of the show and votes from the public, the way forward for the contestants is decided.

The contestant with the lowest number of points and votes is eliminated from the show at the end of every week by summing up the judges’ points and the public’s votes.

Quick Info About Dancing With The Stars 2022

FAQs on Dancing With the Star:

Ans. Iman Shumpert & Daniella Karagach is the winner of Dancing With the Star in 2021.

Que. Dancing with the stars judges 2021?

This is the full details on Dancing With The Stars 2022 Judges, Cast With Photo, Wiki, Winners (American TV Series)|DWTS Season 31 Contestant List, Timing & More. Share this post with your friends and keep visiting us on celebwale.com for such an entertaining post. If you have any thoughts, experiences, or suggestions regarding this post or our website. You can feel free to share your thought with us.