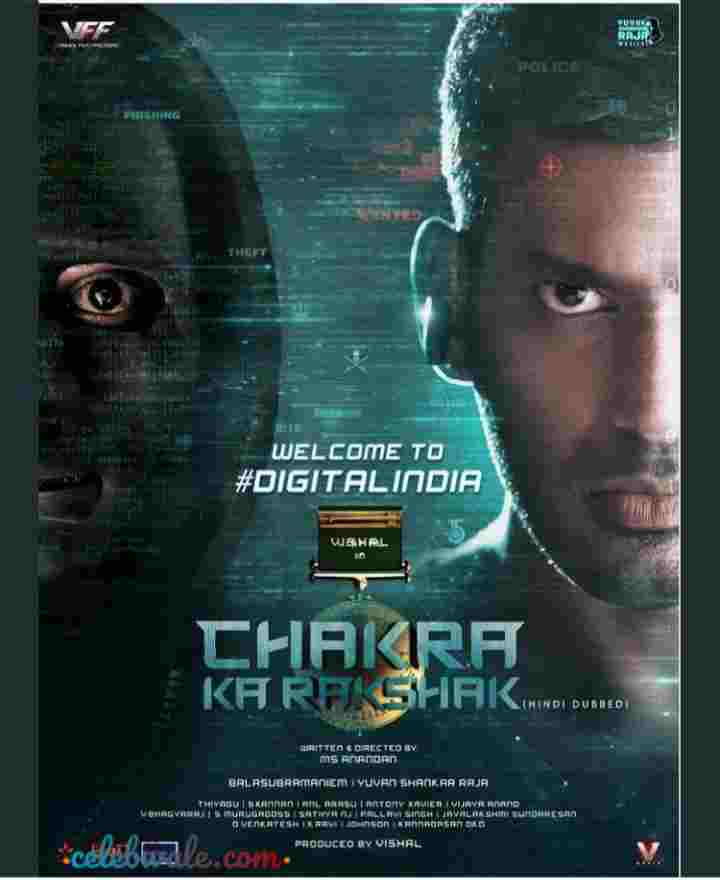 This Tamil film, dubbed Hindi by B4U Motion Pictures, is being released in theaters on 19 February 2021. Actor and producer Vishal is quite happy when the movie is released in the Hindi language. He said that due to the release of the film in Hindi, the story will now reach more people, he has given his response via Twitter.

Further, he said, “People in Tamil Nadu, Andhra Pradesh, and Telangana have always been great movie buffs. I would love to see how people in other parts of the country get the film”. Vishal is seen in the role of an army officer in this film. The movie looks very thrilling from the release trailer of the film, the story of which appears to revolve around data theft and hacking.

As: Yet to Update

This is the latest information on Chakra Ka Rakshak Movie Star cast release Date, Trailer, Review, Roles, Story, Photos & Videos. Share this post with your friends and keep visiting us on celebwale.com for famous personalities and trending people’s biography with updated details. If you have any thoughts, experiences, or suggestions regarding this post or our website. you can feel free to share your thought with us.